Esther Gatón works across sculpture, audiovisual pieces, installation and text. Her site specific environments tend to distort the meaning attached to various materials, creating forms that affect our movement or posture, and in which the prevailing question is not the object itself, but how it interacts with its surroundings.
In the work of Esther Gatón, the sensuality of grafting is propagated through her artisanal technique. Disparate materials are brought together, the gaps between them narrowed in a trope-like game of seduction in which organic and osseous forms appear as a reaction to the surroundings, while also being reflected as a stimulus, being placed and assuming their position within a material history of both past and present circumstances. Skin grafting: poetic transplants of marked and reactive material, of speech embodied, and skins that become tropes. Reddened, shiny and wrinkled, with bruises and scars that are infected, contorted and embellished, material surfaces are a simile and hyperbole for what surrounds them. – Beatriz Ortega Botas, 2017 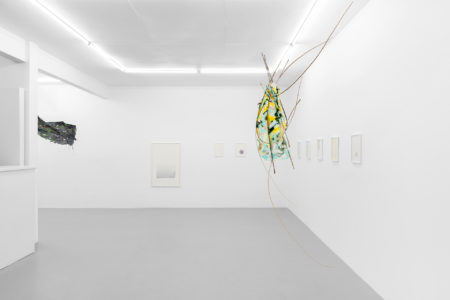 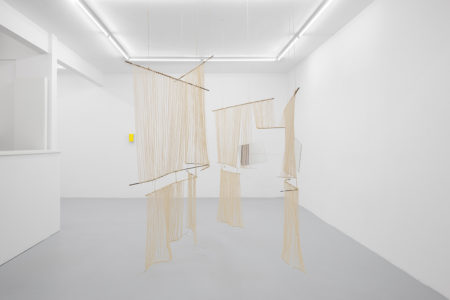 MANERAS / Oh, how we need a new language to go with our new bodies!, Gextoarte, Bilbao (ES)

Death As Decorator, audio-book in collaboration with Darya Diamond and Blythe Cain

beneath the beach, seamless paving stones. the wrong biennale

​Grasping a Concept is Mastering the Use of a Form, La Casa Encendida, Madrid (SP)

MANERAS / Oh, how we need a new language to go with our new bodies!*. Gextoarte, Bilbao (SP)