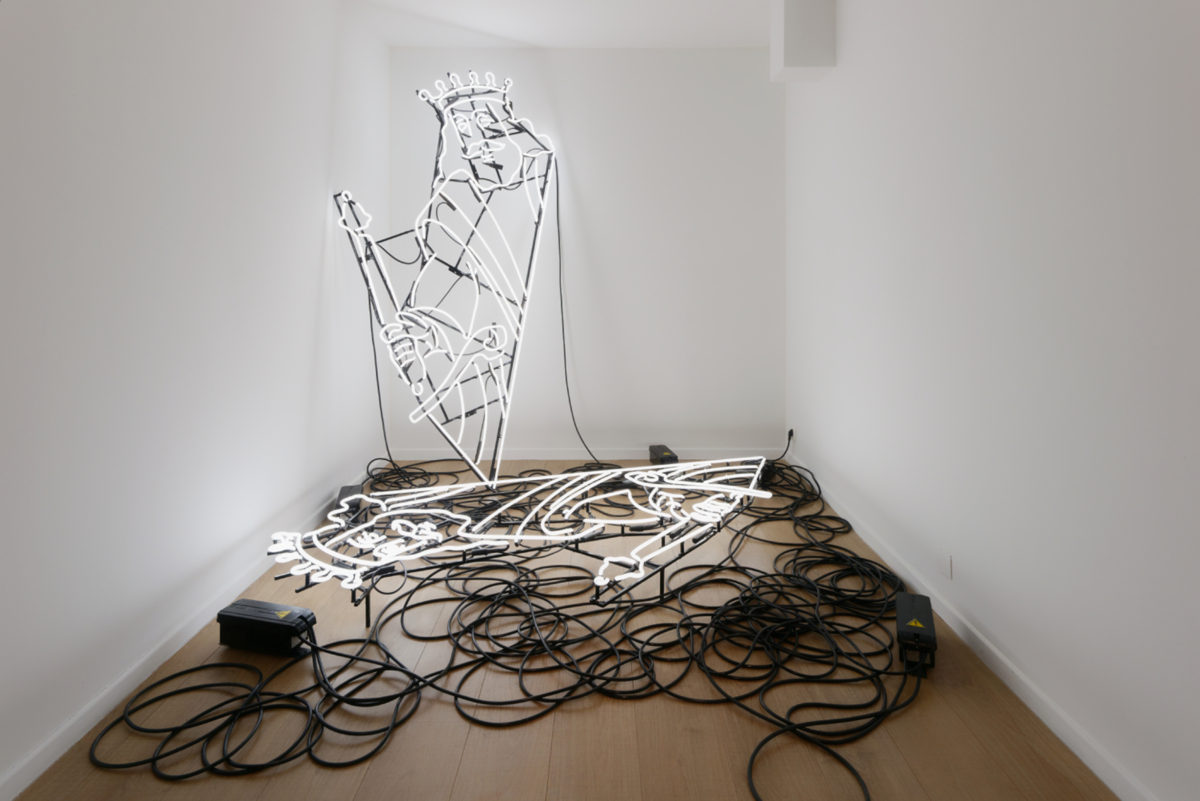 The body of work exhibited reflects the passing of time, objects bearing witness to a civilization’s ways and a sense of uselessness and self-deprivation. But in their frozen state, or as relics of the past, they also embrace a new, contemplative identity, however frail the idea of their use and purpose . Jonathan Sullam’s pieces all reveal a state of precarious equilibrium : they seek to capture the tensions preceding a fall or an ascent. Installations, sculptures and images all appear to be suspended in time and space. The artworks are often paradoxical. They appear as an oxymoron, where the material used is in blatant opposition to the purpose of the represented object.

This duality opens up scopes of interpretations ranging from organic forms in states of juxtaposition, through to their ultimate resolution as smooth, industrial, inanimate objects devoid of any trace of gesture or movement. The pieces all present a state of ambiguity as to their status and function, seeking to evoke a sense of general abandonment or desolation, conveying at the same time both strength and fragility.