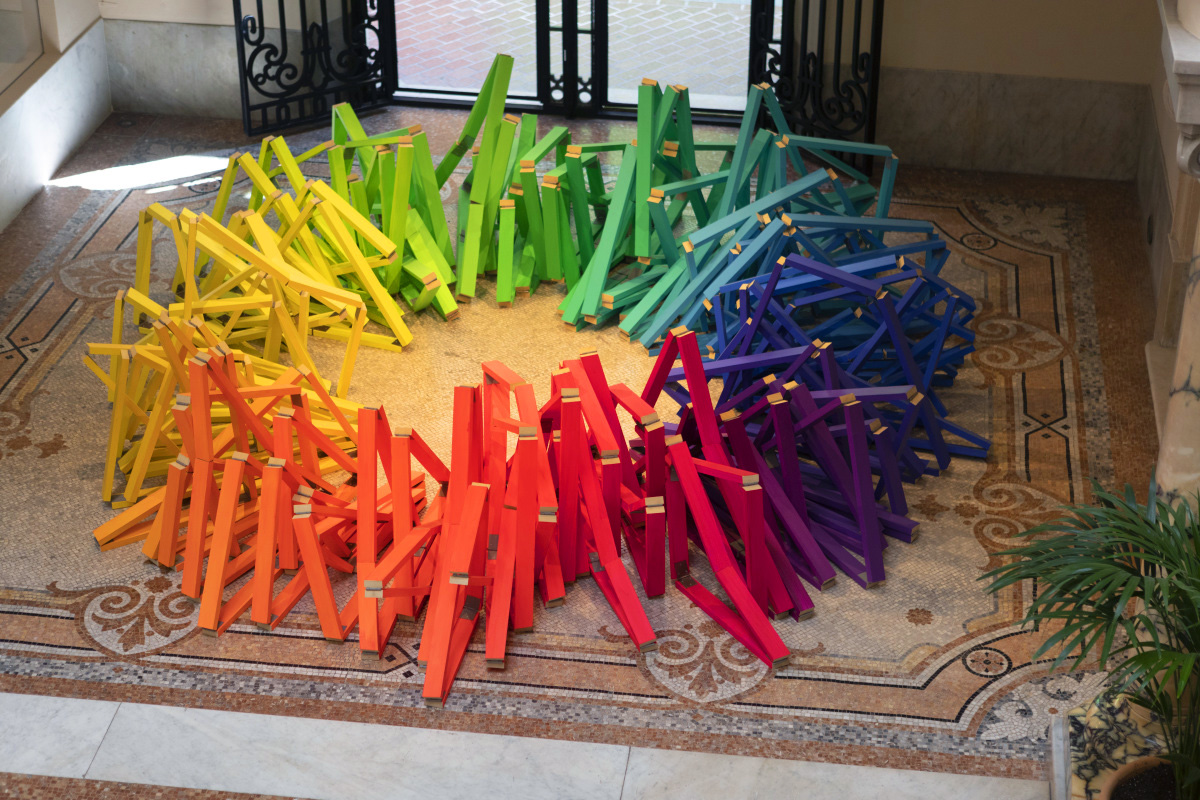 Under the title Una historia del arte reciente (1960-2020), the Fundación Juan March and DKV Seguros present an exhibition jointly created from the two respective collections, which will be on view at the Museo de Arte Abstracto Español in Cuenca between June 2021 and January 2022, and subsequently at the Museu Fundación Juan March in Palma between February and May 2022.

The exhibition is the result of the work of the teams from both institutions on each of the two collections. It aims to propose a recent history of art – or a history of recent art – made in Spain during the second half of the last century and the first two decades of the 21st century.

It is a history, which it does not even consider, for obvious reasons, that it should insist on its limitations. But it aspires to be told with rigour and freedom and in the real spaces of two museums from two different collections, with their own particularities and character.

To this end, the curatorial team of the exhibition has worked with works from the DKV Collection, varied in forms and practices and belonging to artists who belong generationally to the 21st century, and with those from the collection of the Fundación Juan March: these, which are in “slow rotation” (the expression is Fernando Zóbel’s) in the institution’s two museums in Cuenca and Palma, are basically paintings and sculptures by the generations of artists active in our country from the sixties of the 20th century until the end of the 20th century.

Guillermo Mora’s work Hacia el blanco, 2013, is halfway between sculpture and installation, given that, while maintaining a circular pattern, it can take on endless configurations.It is a singular chromatic circle of wooden slats that, if it could rotate, would produce white (the colour of light which contains all colours).
In this space we go from the chromatic spectrum to the colour of the material itself: steel, marble, alabaster, plaster… the material is naked, so as not to compete with the line, with the volume, with the material itself.