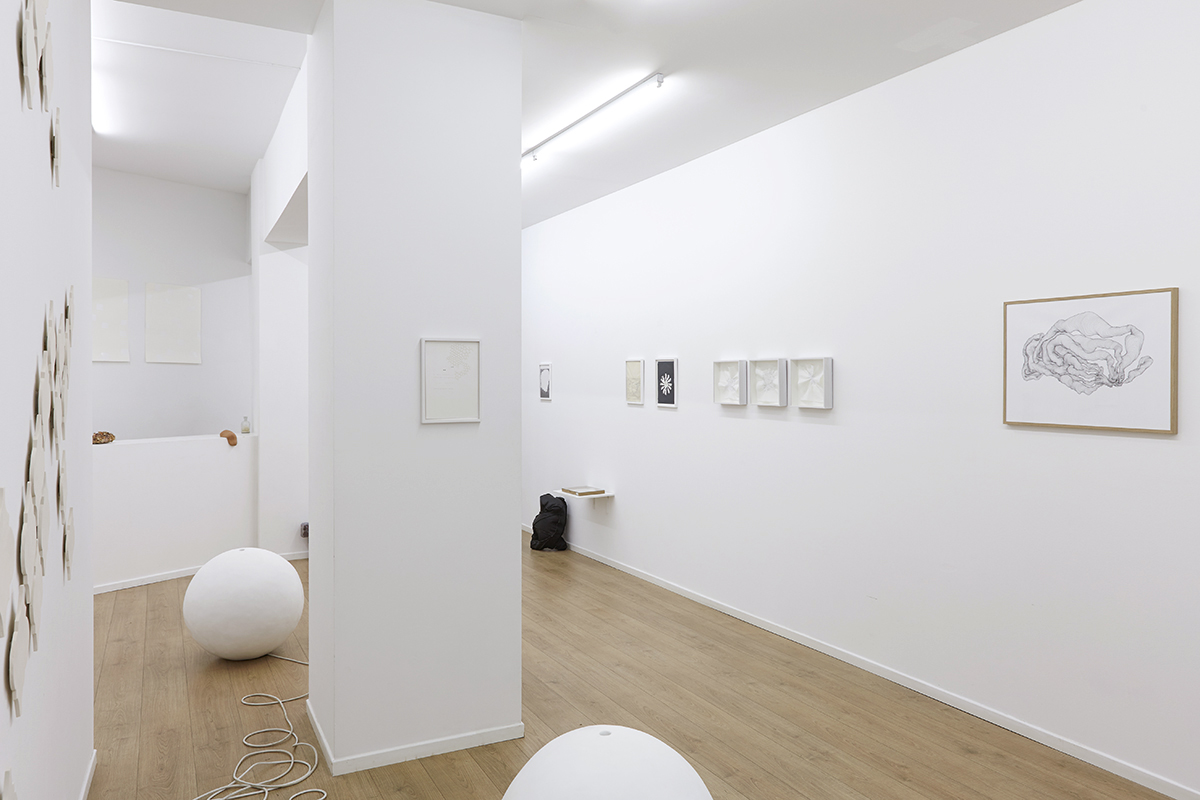 Gudny Rosa Ingimarsdottir, DeAnna Maganias and Tatiana Wolska are three women artists from three different worlds. Yet as a « reader » of works of art, they are worthy of notable attention, particularly with regard to the unconscious in their work, that is to say by putting it at the heart of their artistic creation through laborious, meticulous and repetitive formal attempts.
I do not refer to the unconscious in the hackneyed sense of the word – i.e. the imaginary tank which it is often wrongly referred to as – but of the unspeakable, fantastic, organic, dream-like reality one bumps into incessantly in real life, in the way psychoanalysis suggests it to us. The unconscious is the unfathomable grammar of our being – it is therefore a coded language.
It is also the belaboured use of this flawed meaning that perforates our discourse, where the meaning continuously leaks through the cracks our words throw on reality. It is also and mostly the invariable drive which inhabits us, the pulsation that stirs us : a crack, a perforation, a gap that constantly opens and closes on us creating folds, hollows and crests at the seams. The gap closes faster than it reopens : the parenthesis appearing in the title of this group exhibition, « something (un)conscious », underlines this.
The unconscious has to do essentially with repetition. Putting it to work requires repetition, as witnessed from the singular productions of the three artists gathered here together : it is from the repetition of gesture, form, pattern, techniques and materials that the proliferation of these artworks is derived ; where scattered elements of an unspeakable ‘Real’ are picked up again, are mended, recast, reconstructed, restitched, reassembled.

Keeping the gap slightly ajar, venturing as closely to its vertiginous edge to enable something from the unconscious to pass to the conscious self – i.e. becoming sayable, readable or visible – consequently requires a sustained attention to this disquieting opaqueness of the being, forever reappearing in his/her existence. I would add that women, in the permanent ajustment of their position, discourse and achievements, have always appeared more inclined than men in seeking to come to grips with the unconscious.
These artworks trigger ample nourishment for my infinite curiosity of the feminine positioning and open the way to an unusual radical interrogation for the man that I am. Thus the singularity of each artist’s work would appear to contain elevated demands on that obscure part of the human being. The same goes for the effort of repetition. And their artworks, respectful of this, know how to (re)open the onlooker’s unconscious self.

François de Coninck (1969) is a belgian writer, editor and curator. His field of application is situated «on the edge of reality, where language and image meet».