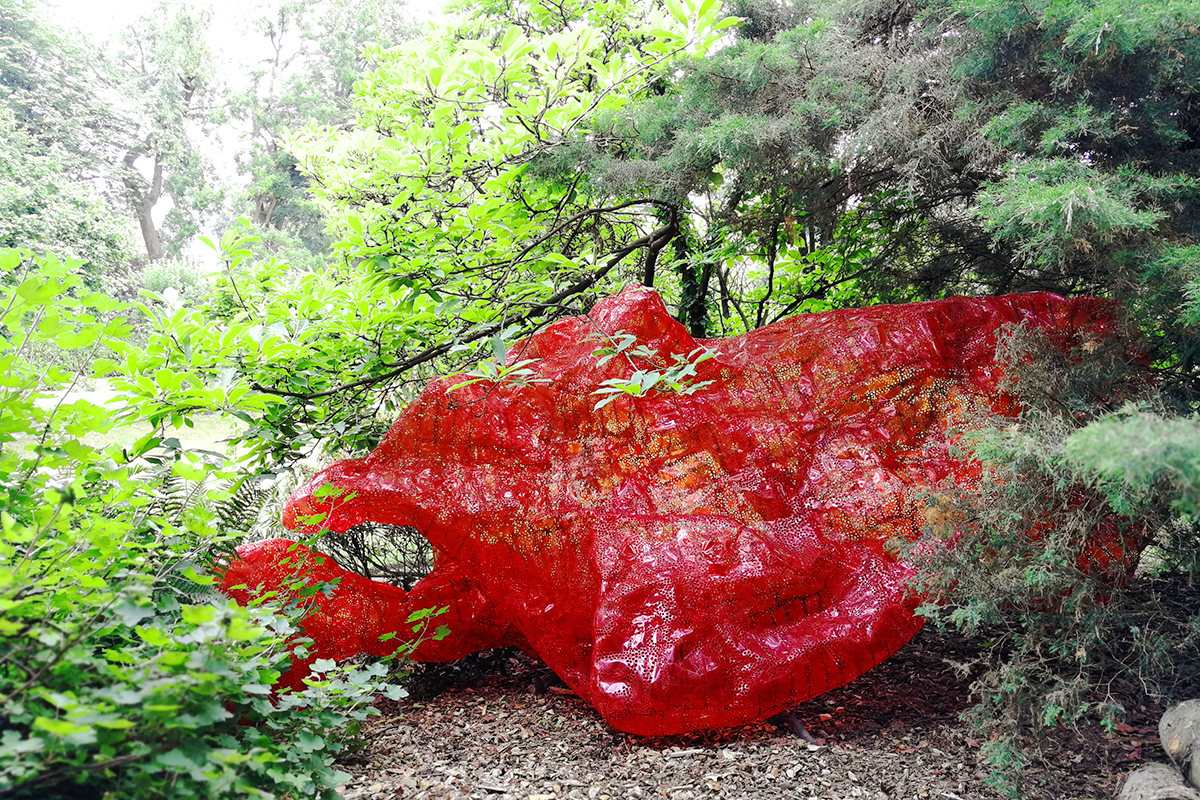 A project by Michel Van Dyck in collaboration with
Isabelle Anspach, conservator of the Van Buuren Museum.

In September 2016, Michel Van Dyck made whole at the Van Buuren Museum with his two passions, gardens and contemporary art. He then proposed “As if nothing had happened”, an exhibition for which he wished the works of the invited artists would blend into the Museum as if they had always been there. Out of the white cube of the galleries, they stealthily punctuated this marvelous place barely used to contemporary art. It looked like they were trying to accustom the place to their presence, as if they were trying to tame it, while letting these uncommon spaces act on them. The visitor was invited to a sort of treasure hunt, which led him from one work to another, almost randomly through this walk.

The new edition of the event extends the principle but emphasizes it differently. It gives it fresh perspectives. Michel Van Dyck called it “Present” and no doubt we should seize the word in all its polysemy. Familiarly, Present! is the interjection by which the members of a group to enumerate will respond when they make their call.

The trait is amusing. As often humor says more than it seems. This time around, the artists are invited to compose interventions that assume their presence, creating with their environment an open and uninhibited exchange. No more question of acting as if being there without being there. In myth, paradise is often represented as an intramural garden, a closed place where time has stopped in the bliss of a perpetual present. We are not dead yet. We know that it is better to cultivate one’s garden and that the present is perpetually to be built. “Present” would be an urgency to pay attention to it in troubled times, an incentive to remain attentive, the evocation of a here and now that must be found in every moment. Especially since the least of the contemporary troubles might be this great Web of virtuality? Of ubiquity? So much is happening on a screen placed between us and the world! “Present,” which also resonates with what we give, the gift, reminds us of the grace of true presence.