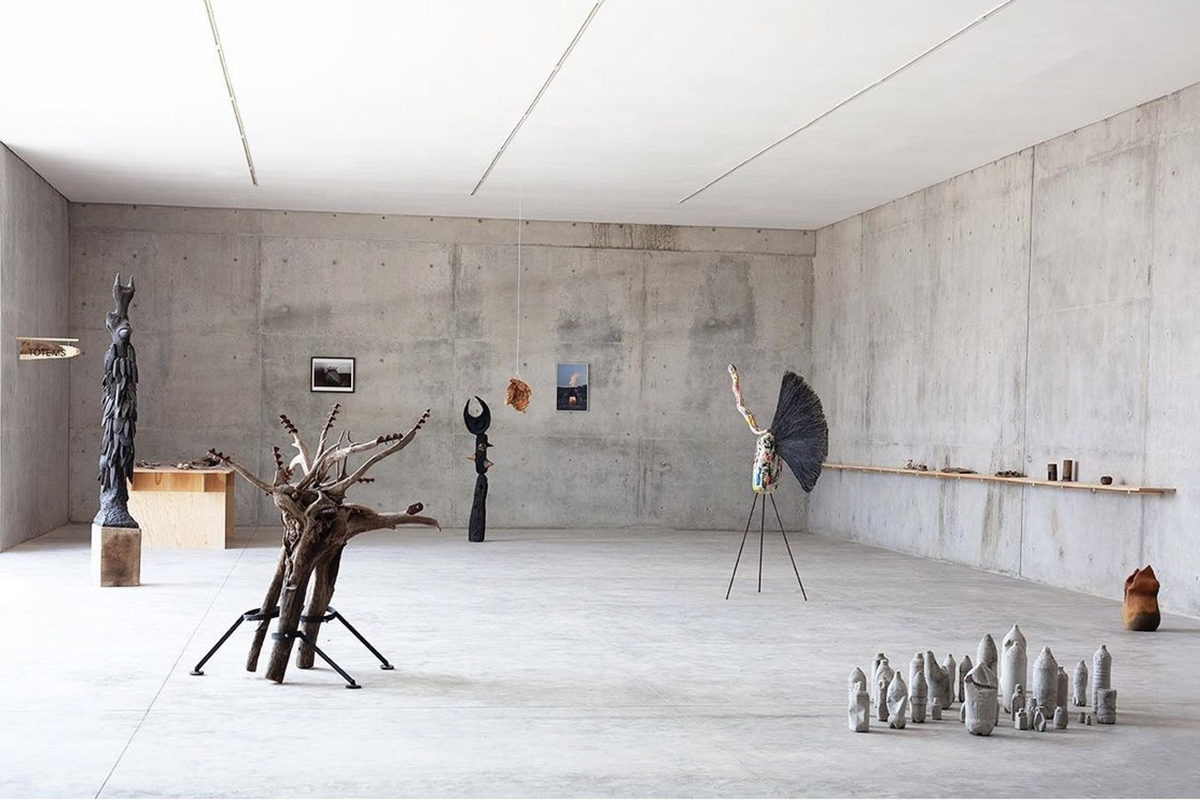 Some places have their own magic, and provide a specific mental ecosystem. When Casa Wabi invited me to curate an exhibition from the collection of « logs » given by the artists at the term of their residency here, I first tried to understand the logics of their activities. What did obsess them ? How did they achieve to materialize their stay here into an object or an image ? How did they translate into forms their encounter with Oaxaca, with the roaring Pacific ocean, with the communities around the foundation ?

I isolated a series of patterns within this collection of works : first, a strong interest for the local vegetation ; the gesture of picking up things, collecting, classifying small items ; building totemic forms, somehow celebrating the basic elements of life ; and, last but not least, the will to inscribe the passing of time onto invented calendars. Those four obsessive patterns turned into the four sections of the exhibition. They sometimes melt or overlap. But they all constitute a kind of ephemeral temple to the petrified memories of a residency. I turned it into a paradox : memories, or experience, cannot be bought, not even fully represented — but this exhibition is structured as a shop.

Those four themes also correspond to the stakes of our era, the anthropocene. They are associated to the moving situation provided by climate change. Recycling, harvesting, reconnecting with a totemic way of thinking, reinventing time, are amongst the most fundamental problematics in today’s art, and Casa Wabi is a place where those issues become a way of living and producing. But shall we not say, rather than « producing », that those artists are intervening, or immerging themselves into a reality they know they belong to ?