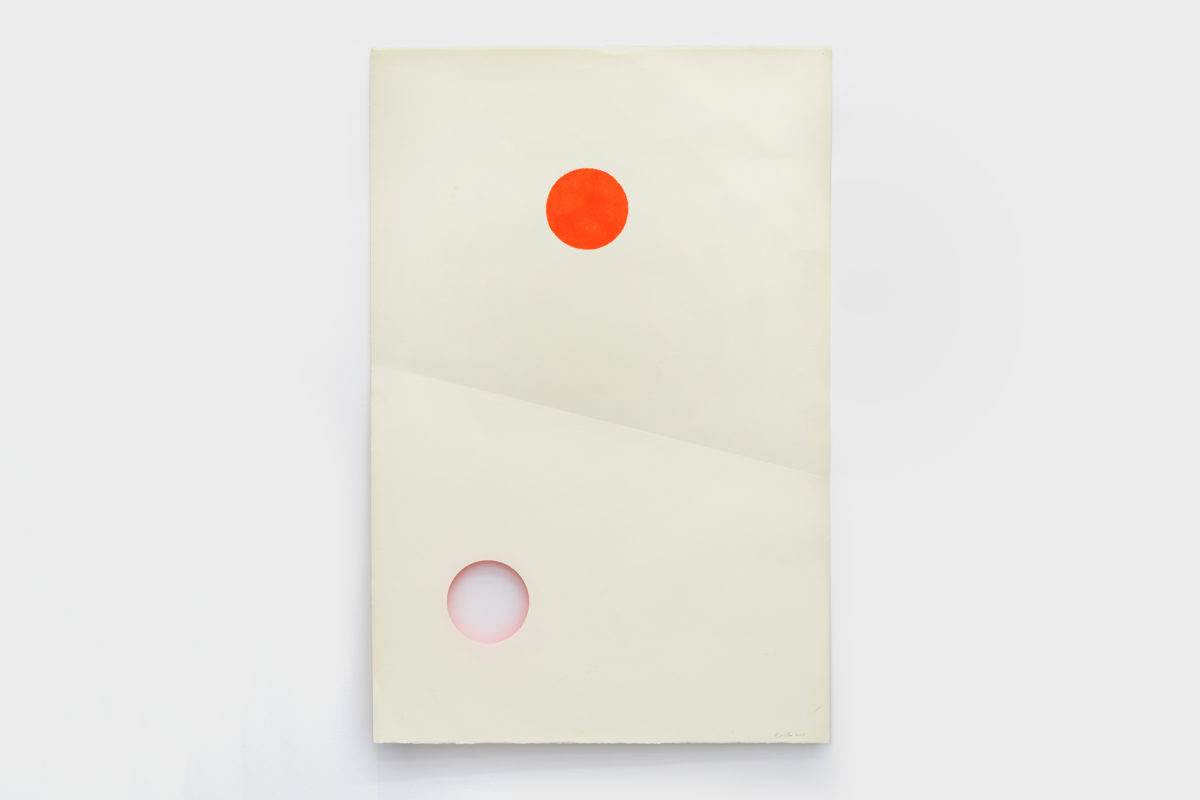 On Stephen Hawking’s famous blackboard, amidst several humorous and ambiguous annotations and scribbles, appears the revealing phrase “IT DOESN’T WORK!!!”, the scientific paradigm of all success in the passage from theory to practice. If I have chosen the clearly negative formulation as the spearhead of this exhibition, it is to address several issues specific to art and its freedom not to have to (prove) itself, nor to demonstrate nor to dismantle nor to achieve any quantifiable purpose or understanding.

But what makes a work good or bad? That it works? But what should work? If it is art, it cannot work… The space given to art would be reduced to being measured only by the lucrative or speculative influence illustrating a discourse of convenience? What is the measure, if not the satisfaction, that makes a work in the process of creation stop at its optimal point, a reflection of the “right look”, before it is killed by too much or that this satisfaction is only the anguish of going further and is satisfied with the not enough disguised as correctness?

Although an acknowledgement of failure or dysfunction, the statement
IT DOESN’T WORK is not a resignation, but rather the sober affirmation of a domain specific to art. Where the machine jams, where we stop, where we flee to rebound on an I don’t know what, on an otherwise, ferment or artistic courage… there is this thin edge of palpitating presence, which makes a work out of our subtle failures and adjustments. The poetic instance inherent in art, which is accomplished beyond its creative act, vibrating in its own implosion.
What more could we ask for?