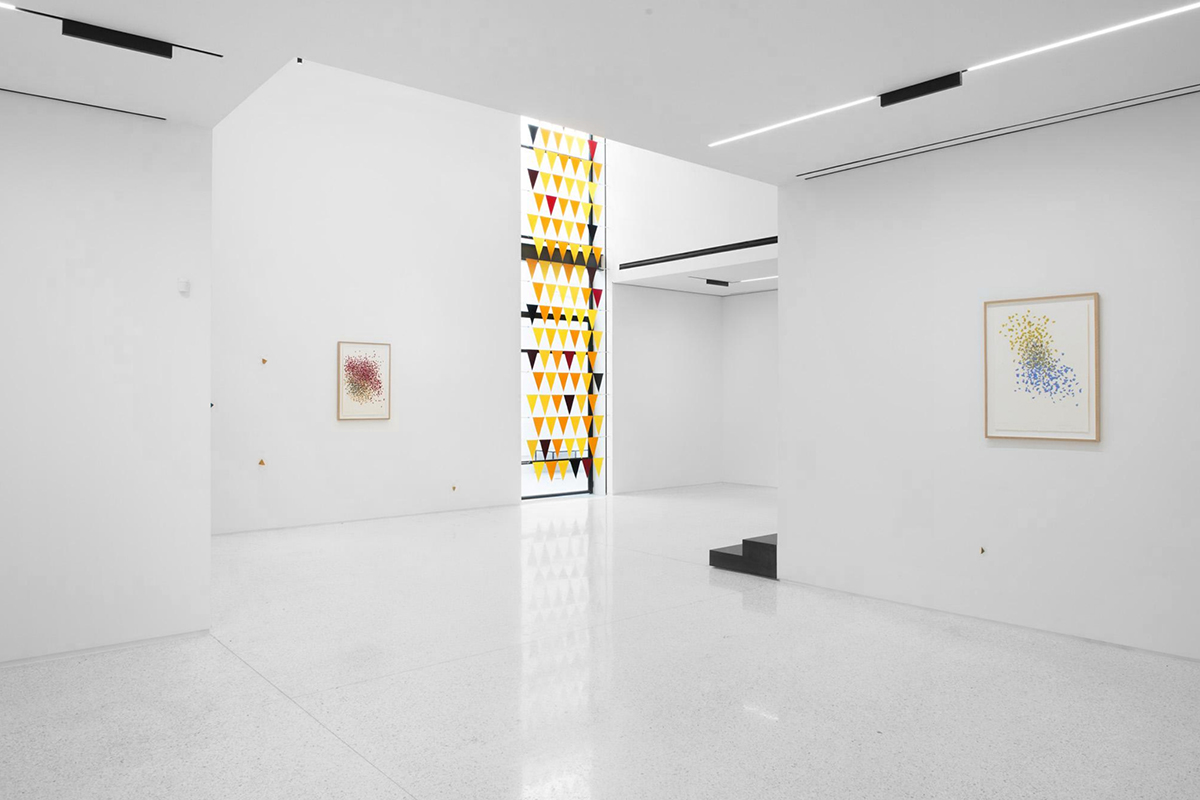 ARCH is pleased to announce Floating Gestures, an exhibition by artist-in-residence Athina Ioannou.

Light, weight, materiality, colour and the architectural elements of a space come together in Athina Ioannou’s work. The artist works primarily with found materials, particularly textiles, which she then cuts, pastes and transforms by dipping them into linseed oil. These new arrangements that arise, from her personal reading of the space for which they are destined, become architectural interventions and spatial gestures vested in the histories of painting from the Early Renaissance through the modernist and minimalist movements of the 20th century, all the way to today. These “hanging paintings” as she calls them, alongside her other colourful arrangements and drawings, carry both the locality of where they were made as well as her personal and continuous quest within the practice of painting.

Floating Gestures is a culmination of Athina’s two-month residency at ARCH and is accompanied by a fully illustrated catalogue including texts by Denys Zacharopoulos and Atalanti Martinou.

Her work can be found in the permanent collections of Galerie des Petits Carreaux, Musée Régional d’Art Contemporain Occitanie, Lieu d’Art Contemporain, Deutsche Bank AG and Daniel Buren in France and the Benaki Museum in Greece. She is the recipient of the Jubiläumsstiftung der Sparkasse Neuss (2013), the Stiftung Insel Hombroich, Düsseldorf / Neuss (2013) and the Kunststiftung NRW, Düsseldorf (2012), among others.

ARCH is open from Tuesday to Saturday (11am – 6pm) or by appointment.

Read more about ARCH Athens and about Athina Ioannou