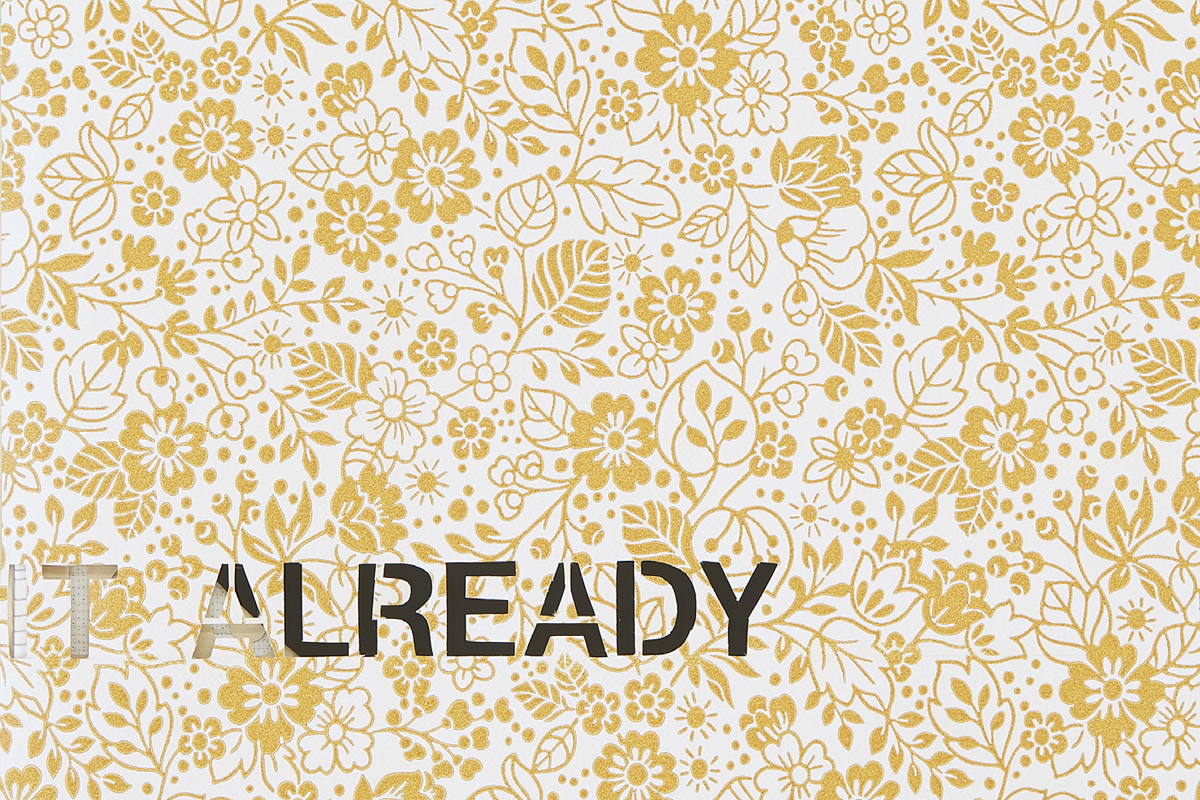 For its third opus, Sound by Visual ( a project by Stephan Balleux) has invited Icelandic artist Gu∂ny Rósa Ingimarsdóttir.

The vinyl pressing revives a work from 2005 based on the poem “tíminn og vatni∂” (“Time and Water”) written in 1948 by poet Stein Steinarr. The audio recording imparts the reading of this poem in an English translation by a young girl who did not master the language.
This adaptation of the 2005 sound work takes the title “ comme ça louise ? ” ( “ that way louise ? ” ) and 280 copies of it were published, numbered and signed, with an original intervention by the artist on each inner sleeve. 20 additional unique copies have been made, the outer pockets of which are original creations.

« she sees through it already
she knows that stones can break
they -can explode from the inside
go through others on their way to colonise.
she knows she stole some parts of me
she knows i am desperately trying to repair what she left me she knows i love you
she depends on it. »

In his most renowned essay, Concerning the Spiritual in Art (Über das Geistige in der Kunst), Russian artist Vassily Kandinsky writes about the possibility of perceiving visual art in a similar way as we perceive music, and proposes that we can view colors and shapes in a painting in the same way as we listen to the sound and tones in a musical composition. They do not give us a predetermined picture of anything objective, but rather offer us an experience through composition, rhythm and texture.
The essay in question was written by Kandinsky in 1911 and is actually pedagogical. It was written to explain certain basic laws of art and teach us to look non objectively at an artwork. For that the author compared paintings with music, since music was already recognized as an abstract form of art. Kandinsky supported his theories of painting with the language of music and explained paintings with words like “improvisation”, “composition” and “rhythm”. Colors in a painting got musical structure as overtones and undertones, and he even went so far as to name colors after instruments. Yellow was a trumpet, red was a cello etcetera. Black and white colors were, however, not instruments., They were silent. Black, according to Kandinsky, is the end silence like when a musical composition is finished. But white is “the harmony of silence”, like silence between two notes, or silence that takes part in the rhythm of the music.
From silence comes creation. Silence is the artist’s playground. Both the painter who attacks the white primed canvas with colors and shapes and the composer who fills the air with harmonic sounds want to cover the silence. Although, as American composer John Cage rightly pointed out, one never hears absolute silence. At least not when one listens to it. There are always some sounds to be heard. The silence between two notes is in that sense not silent, no more than the color white is invisible.
John Cage is known for using silence in music to draw attention to sound. But he is also known for using words and texts for similar purposes. For example, his famous Roaratorio: An Irish Circus on Finnegan Wake is composed of environmental sounds and words. The spoken words become the melody while environmental sounds become improvisations around the melody. The words are abstract, like colors in a painting, they do not give a predetermined picture.
The same can apply to texts in visual art. A text can give a predetermined picture but it can also be abstract. And that is certainly a way we can read it in the otherwise faceted art works of Guðný Rósa Ingimarsdóttir, because even though the text is composed of words and symbols, it acts as a melody that passes through like an acoustic drawing on a silent surface.