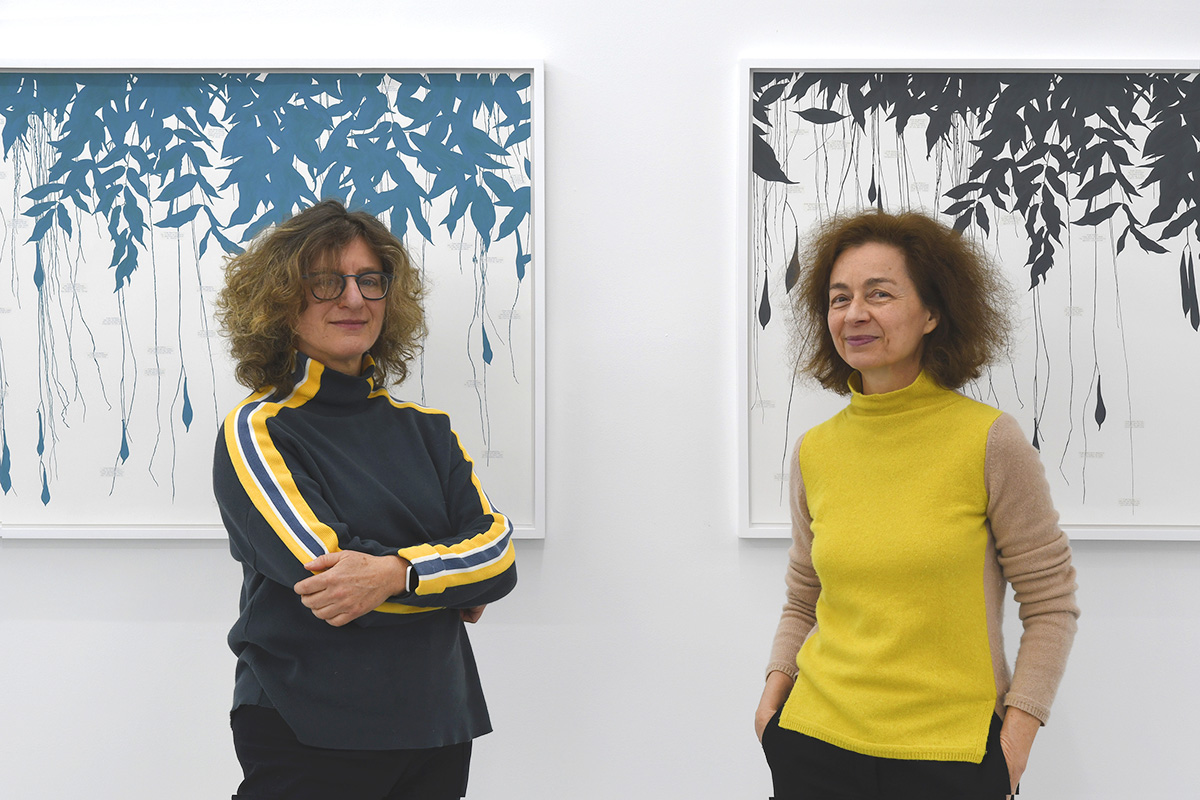 As part of her solo exhibition “They used to sing”, we are pleased to present a conversation between visual artist Lucile Bertrand and Tania Nasielski, curator, art critic and deputy artistic director at the Centrale in Brussels.

Born in 1960 in France, Lucile Bertrand moved to New York in 1995 before settling in 2001 in Brussels. She exhibits regularly in Europe and in the US. Her works takes various forms – works on paper, sculpture, video or large-scale site-specific installations – and she uses a large range of materials. Her reflection and research are often based on literature and philosophy.
Her creations are characterized by pure lines and an economy of means that nonetheless hold considerable semantic depths. From everyday tragedies or large-scale disasters, her visual metaphors bring forward a subtle and nuanced landscape of political and human crises. Often, the artist collects testimonies which she then traces, measures and juxtaposes to form mapped itineraries. Between lightness and gravity, between taking flight and falling, Lucile Bertrand poetically evokes themes of displacement, absence and the fragility of life.

Tania Nasielski is a curator and art critic. She holds a Master’s degree in curating from Goldsmiths College London and a DESU in European Cultural Exchange from the University Paris VIII. Deputy Artistic Director and Head of Emerging Creation at La CENTRALE, she is also a lecturer at l’Académie royale des Beaux-Arts in Brussels. As an independent curator, she has led national and international projects with confirmed and emerging artists (Dakar Biennale, British Museum, Science Museum, Chelsea Space & Warburg Institute; South London Gallery in London, Artefiera in Bologna, Abattoirs de Bomel in Namur, Royal Library in Brussels) and founded and directed for 10 years the curator-run-space 105 BESME in Brussels. At the same time, she initiated a program of support for emerging creation and organized a number of conferences on copyright and creative processes.
She is an invited member of numerous contemporary art juries, and is an active member of the Board of Directors of the Réseau des Arts in Brussels of the Commission Consultative des Arts plastiques de la Fédération Wallonie-Bruxelles, and of the Adviesraad Cultuur Nederlandstalige aangelegenheden in Forest.