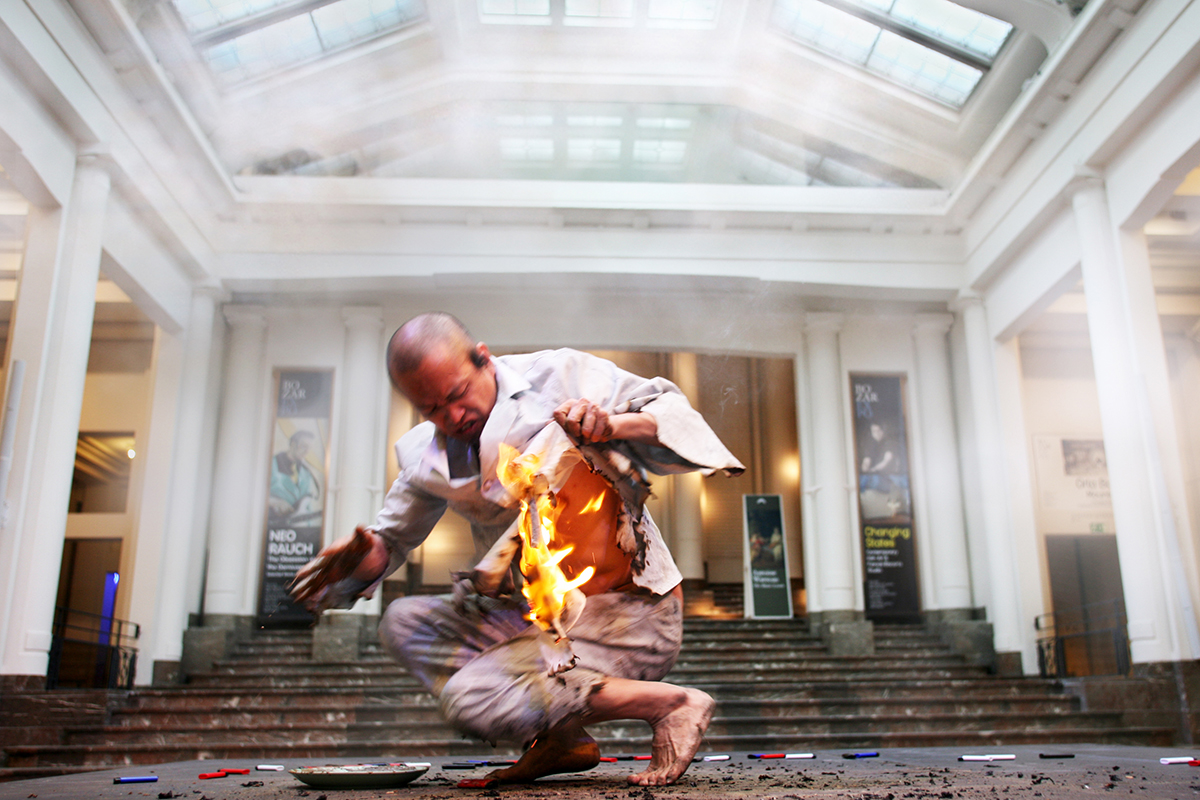 He Yunchang is a performance artist who specializes in undergoing extreme physical duress or injury; he later offers photographs, videos and paintings of the event for sale.

Several of his works have been bloody processes in which incisions of specific lengths were made in various parts of his body. Perhaps the most sensational of these mini-dramas, One Rib, involved the surgical excision of most of He Yunchang’s lowest left rib; unusually, he was anaesthetized for the procedure. The arc of bone was cleaned and integrated into a circular gold necklace.

For One Meter of Democracy (2010), 25 people were asked to decide in a secret ballot whether the artist should have a meter-long cut made down his left side, from just below his clavicle to his knee. By a margin of 12 to 10 (with three abstentions), they approved the proposal. With voters and cameramen looking on, a surgeon duly made the incision while the operation—minus the groans of the fully conscious artist—was recorded in a series of photographs.

The artist has said he conceived the performance as a physical demonstration of “the tension between the individual and the state”, represented by the scalpel as well as the ballot box.

Education of He Yunchang

Beyond Stuff, Mizuma and One Gallery, Tokyo (JP)