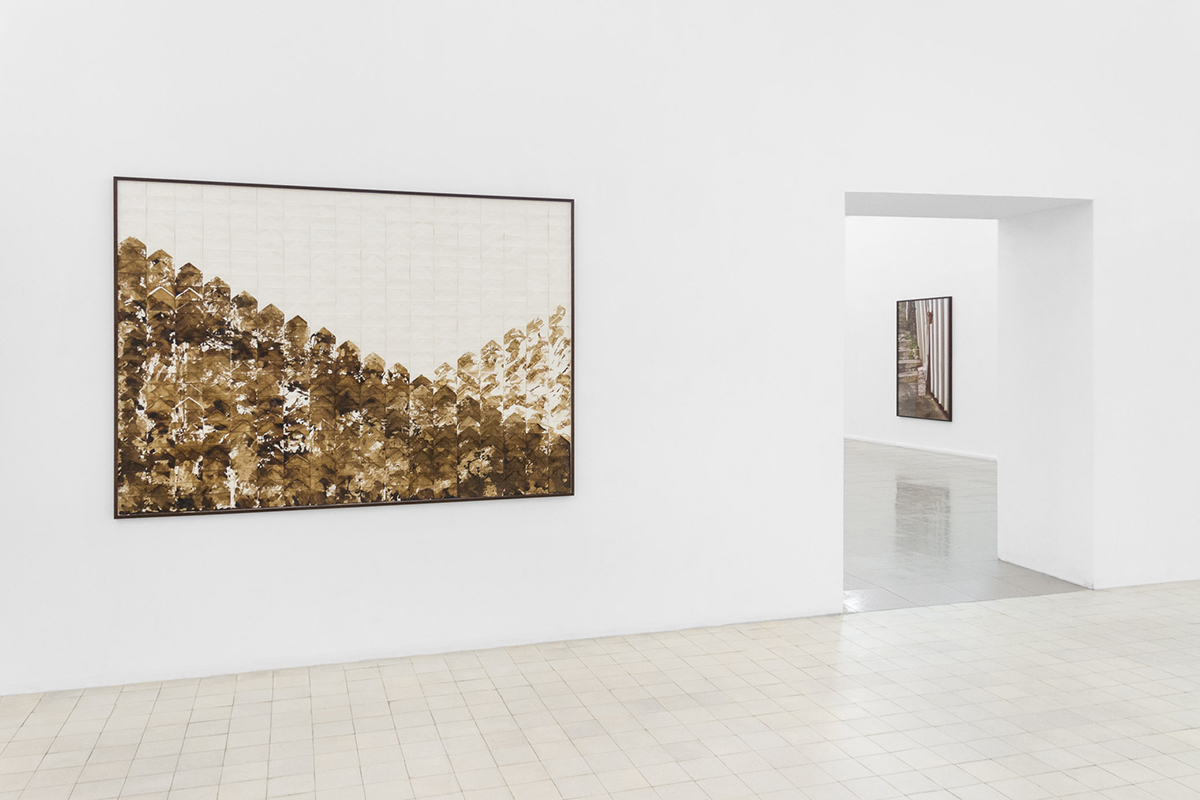 The exhibition Unsettling Affairs, at the Gallery of Colégio das Artes, is Rui Calçada Bastos’ largest solo show to date in Portugal – an anthology that features recent works alongside pre-existing pieces.

Borrowing the title of a new performative work that takes up one of gallery’s four rooms, the exhibition constitutes a pause to reflect on a nucleus of disciplinarily diverse works that share a series of concerns around disquiet and the manifestations of disquiet.

Faithful to his fascination with the everyday, and with commonly invisible events that occur in the urban contexts in which he moves, or across which he roams, the artist presents a group of large-scale photographic images (part of the series Untitled, which he has been developing since 2016), whose diaristic character reinforces the obsessional nature, and endless curiosity, of his gaze.

The articulation of these images with sculptural works (of a more installative quality) is especially pertinent.  In the studio, the experience of the encounter between the drifting gaze with randomness and external incidents manifests as three-dimensional forms which test unlikely correlations.

Retrieving and echoing both the tradition of minimalist sculpture and Dadaist appropriation of found objects, the artist generates moments of tension, accentuating issues that are traditionally associated with our relationship to sculpture, i.e., weight, balance, matter, body, immobility or motion.

Disquiet is particularly present in the performance UnsettlingAffairs,and in a set of smaller works that derive from it. Through a direct reference to the ‘letter’ as communication device – which stresses distance but also convokes memory and stimulates the imagination – it is possible to recognize the notions of continuous dislocation, absence, and travel as knowledge-process, but also as deracination and search for the Other, which go along with an idealized construction.

Rui Calçada Bastos remains firmly within the Romantic legacy, which allows him to embrace conceptual methodologies based on the subject and its experiences, on the value of subjectivity, emotional manifestations and intuition as modes of access to the world.

The totality of the works in this show points to an unavoidable line of continuity, a trajectory driven by coherence and cohesion that owe much to a profoundly intimate relationship between himself and his work.