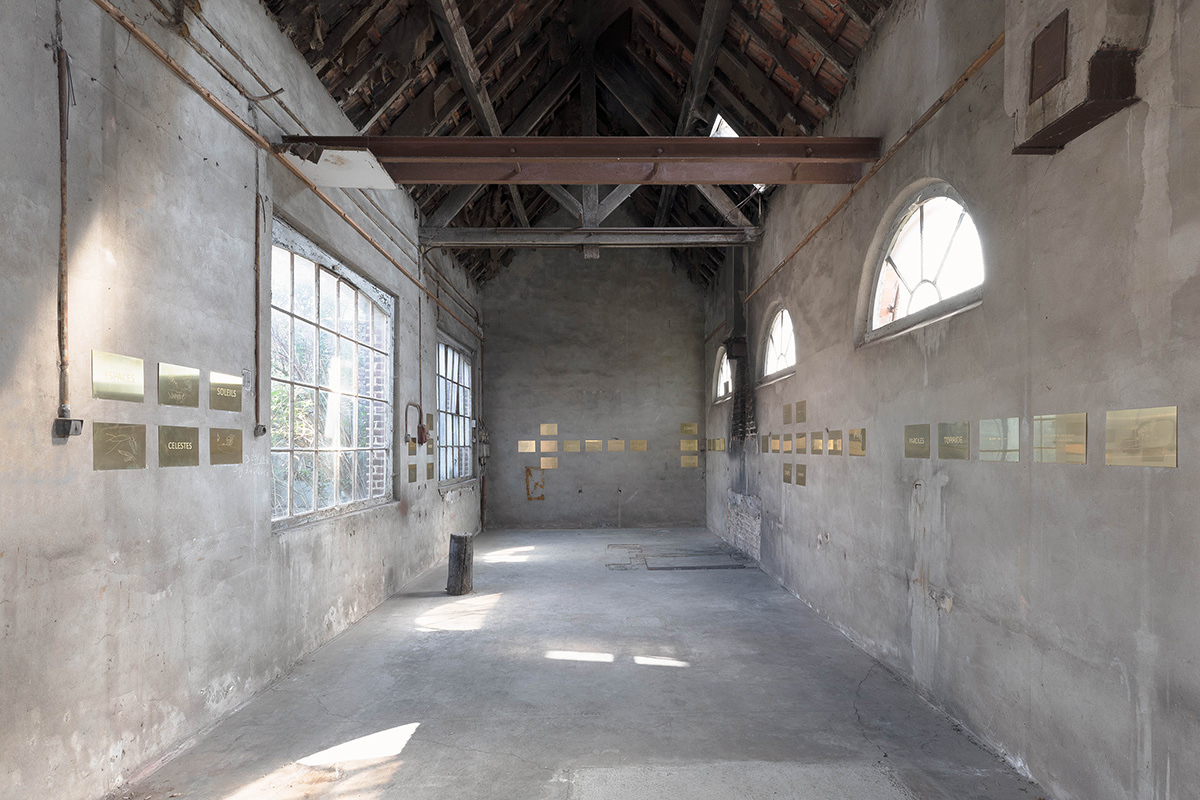 The Act of Breathing

Michèle Magema presents the installation “Sonographies 1 – L’acte de respirer”. Sound is a creator of forms that allows the development of spectacular experiences that lead beyond the boundaries of a materialist conception of the world. The project “Sonographies 1- L’acte de respirer” was born from the desire to create a visual and sound space around my voice. The idea is to share with the spectator a sound and visual environment that models sound by making it visible and audible at the same time, in the principle of cymatics.
The artist will present an inaugural performance on Friday April 29. The performance, entitled “Les mots mouillés”, is based on the poem Vers au vinaigre by Congolese writer Sony Labou Tansi.

“The Act of Breathing” marks Horst’s ambitions to further nourish exchange and inspiration between the worlds of music and art. We are thrilled to welcome curator Sorana Munsya to curate alongside Horst’s Evelyn Simons, and are joining forces with KANAL-Centre Pompidou Brussels to bring a challenging line-up of artists to Belgium. The result will consist of 11 in-situ artworks engaging with the architectural and symbolic character of the Asiat military base, while three other artists come together at Cinematek to be counterparted with a programme of films curated by Monique Mbeka Phoba.
Departing from the poem ‘L’Acte de Réspirer’ by Congolese writer and poet Sony Labou Tansi, The Act of Breathing explores the breath: a repetitive and instinctive force, a necessity. But, as Labou Tansi reminds us, the breath can also be approached as a potential tool for political resistance, as one has to be stubborn to uphold the right to breathe. This stubbornness arises when a breathing circuit is disrupted and suffocated by structural power systems of oppression. When voices are silenced. When earth is depleted. When collectivity is shattered. When music loses its soul. It’s in those moments that the continuous reclaiming of air becomes a space for battle, for gathering, for healing.

The exhibition considers Congo, and the power it continues to exert, as a pathway that allows to envision where this struggle can lead to: the breath as an element which sculpts, through its repetition, the environment we’re inhabiting – physical in its materiality, and symbolic in its political manifestation. The participating artists therefore take over the Asiat-site with predominantly site-specific installations that connect to each like one long breath, transmitting energy and linking body to body to form a strong alliance.

For the first time, the exhibition’s opening coincides with the three-day Horst Arts & Music festival. On this occasion, Laure Prouvost’s commission transforms into one of the five dancefloors, while other participating artists are invited to take part in talks, discussions and performances. Visual artists Pascale Marthine Tayou and Benjamin Orlow engage with the exterior surfaces of the buildings punctuating the Asiat site, while the universes of Michèle Magema and Kris Lemsalu will inhabit the derelict military barracks.. Soraya Lutangu Bonaventure & Ali-Eddine Abdelkhalek showcase a video work as part of a larger research collaboration with the curators in Kinshasa. At Cinematek, Mega Mingiedi for example is exhibiting a laborious drawing representing a dialogue between Brussels and Kinshasa. The curatorial research of Sorana Munsya and Evelyn Simons, and the subsequent co-production between Horst Arts & Music and KANAL-Centre Pompidou, takes place in the framework of Living Traces – KANAL’s year-long programme between Kinshasa and Brussels.