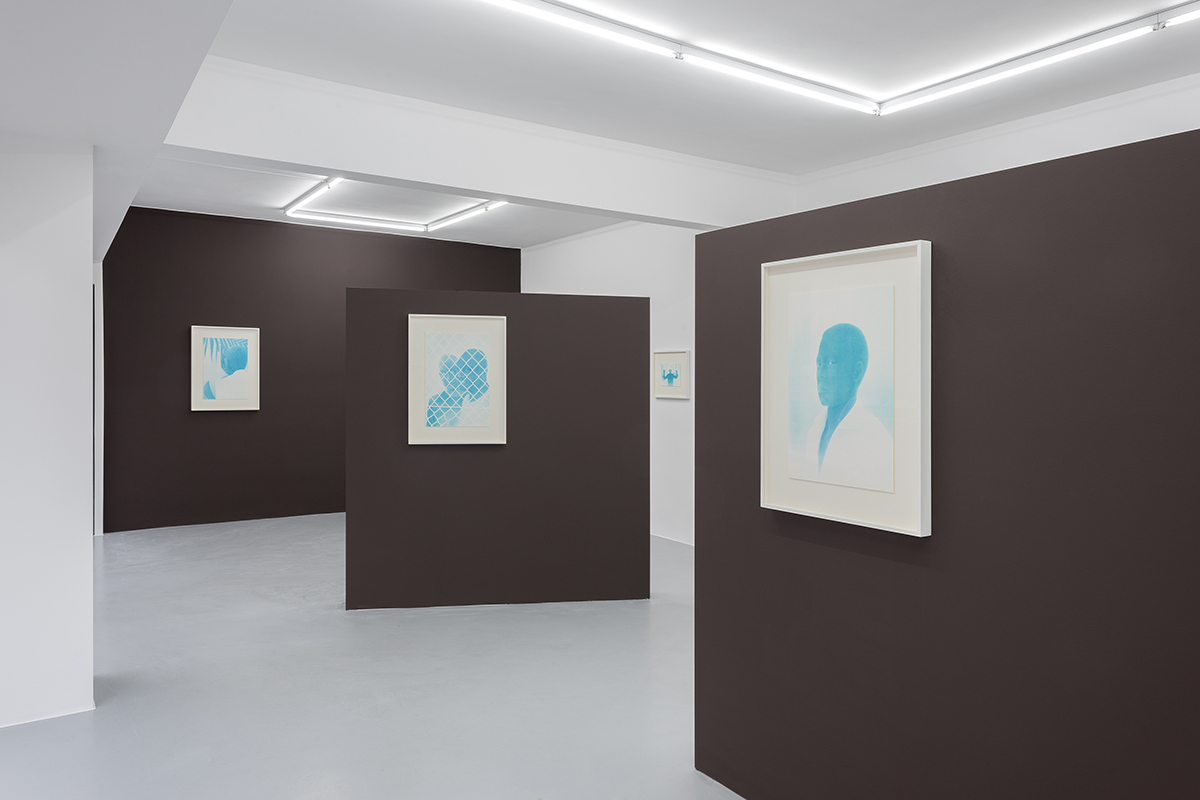 Irène Laub Gallery is proud to introduce Portuguese artist Pedro A.H. Paixão (born in 1971, Lobito, Angola), on the occasion of the first solo show in the gallery’s new exhibition space.

Curated by Sofia Lemos, Tabou presents a new series of turquoise pencil and graphite drawings on paper, combining an oneiric atmosphere with complex histories of struggle and emancipation. In Pedro A.H. Paixão’s work, simultaneously laborious and delicate, the seemingly quiet form and the multi-layered content make no concessions.

Sofia Lemos (b.1989, Portugal) lives and works in Berlin and in Porto. Lemos works as curatorial advisor at Galeria Municipal do Porto, and has recently held posts as researcher at Haus der Kulturen der Welt, Berlin and public program coordinator at Contour Biennale of Moving Image 8. She is co-founder (with Alexandra Balona) of PROSPECTIONS for Art, Education and Knowledge Production, a roving assembly for visual and performing arts research.

Pedro A.H. Paixão is known for his dedicated bright red drawings that, beyond all necessity and all possibility, have in the last two decades located the exigency of repair by returning, in remembrance and experience, to the strain.

In Tabou, a new series of large format drawings, “Open Letter (young George Washington Williams as Patrice Lumumba)” and “The Birth of Drawing” as well as “Two painters in a transit camp (Luc Tuymans and Kerry James Marshall)” (all 2017) confront the viewer and voyeur with the inextricable rhythm of interlocution: these gazes look back to the disjointed history of politics, the expropriation of self-determinacy, the objectification of desire, the uncertainty of the canon, all in all they gaze at the impossibility of concluding the past.

A smaller series of turquoise blue drawings point to a moment of the Pan-African revolution in its painful discovery of its own contradictions, tasks and real possibilities. Such is the The Big Wave Rider (2017) the capturing of Patrice Lumumba (1925-1961) in image after liberation that would become the sorrowful symbol for the legacy of a counter-hegemonic movement that was alienated from its common loyalty. A new series of graphite drawings turn the subconscious into a force majeure as simultaneously destructive and constructive encounters with the canon of art history.