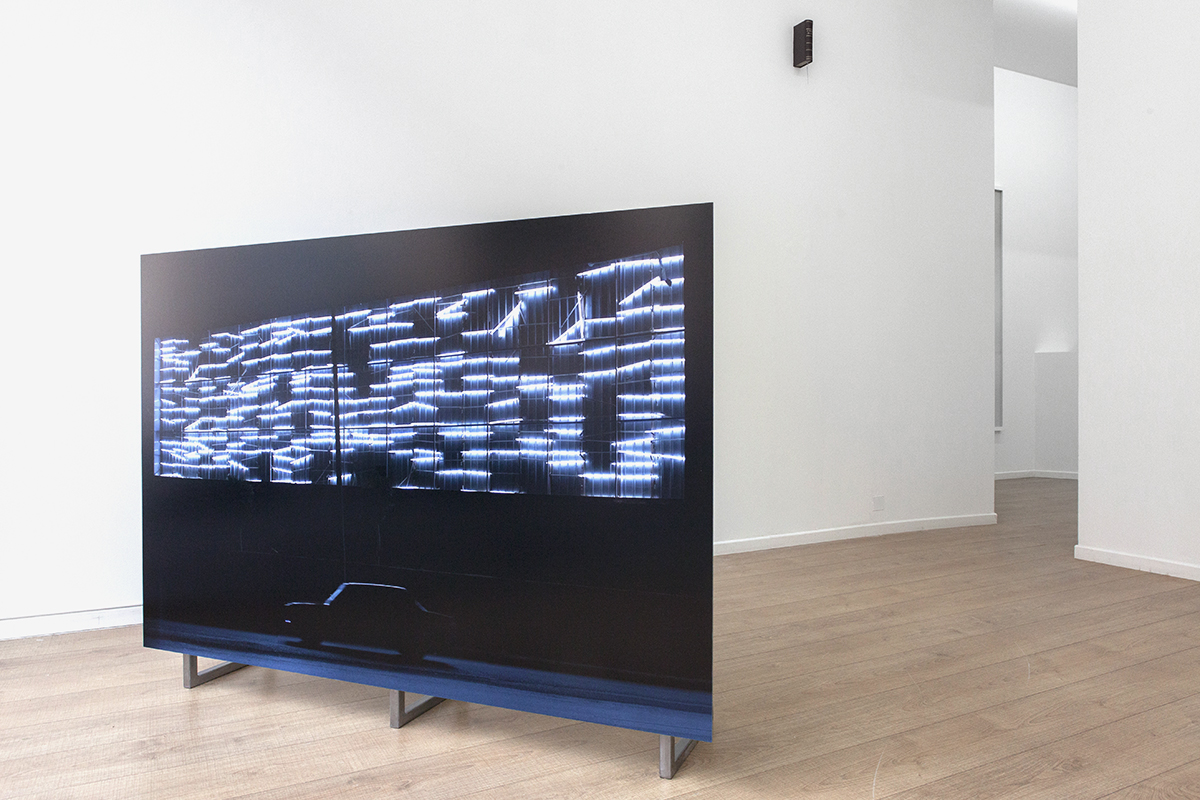 Rui Calçada Bastos is a wanderer and his work reflects what he perceives on his travels. His gaze is inquisitive, focusing on objects and situations containing a sense of uncertainty and loss.

Weary, neglected [1], mistreated and absent subjects [2], testify to a state of transition. Obsolete items take on a new function and meaning when he’s briefly confronted to them in a nomadic context. Because he abandons his comfort zone the traveller is mesmerized by the nature of events he sees. The balance between displacement and proximity brings to his work a graceful melancholic mood which bears raw persistence but also a sense of beauty and enchantment. Rui Calçada Bastos has poetical insight, the mood his work expresses mirrors the artist’s own nature. A ceaseless spectator of the world and of himself, he develops a physical and emotional cross-examination of his relationship to subjects encountered.

In his first Brussels solo exhibition Rui Calçada Bastos shows a series of photographs, objects and video.Setting the scene for a gradual introspection, the work emerges from the street gallery window, ending in the basement as a private and intimate space. Following this thread he presents a range of perceptions. Starting with a work relating to the city and its collective domain, he progressively moves inwardly to a more personal relationship questioning the function of objects. By dealing with the presence, absence and role of them, he also deals with the impossibility of handling them altogether [3]. This is revealed in his last work [4] where the artist is locked in a room dreaming of the outside world, thus moving from a communal to an individual sphere but also from a physical to a metaphysical dimension.

Rui Calçada Bastos’ work continuously portrays a state of wandering and transition where presence and absence are the trigger to redefining identity.

Sérgio A. Fazenda Rodrigues (1973) is a curator (The clock has no place in the woods – Dalila Gonçalves at Lamb Arts Gallery-London/São Paulo, On Escape and Concurrence – Inverting the Gaze –  NovoBanco collection of contemporary photography at Espaço NovoBanco-Lisbon, and Inscribed Time – Memory, Hiatus and Projection – Figueiredo Ribeiro Contemporary Art Collection at quARTel-Abrantes) . He is also a writer (Portuguese Contemporary Art magazine “Contemporânea”) and an architect.