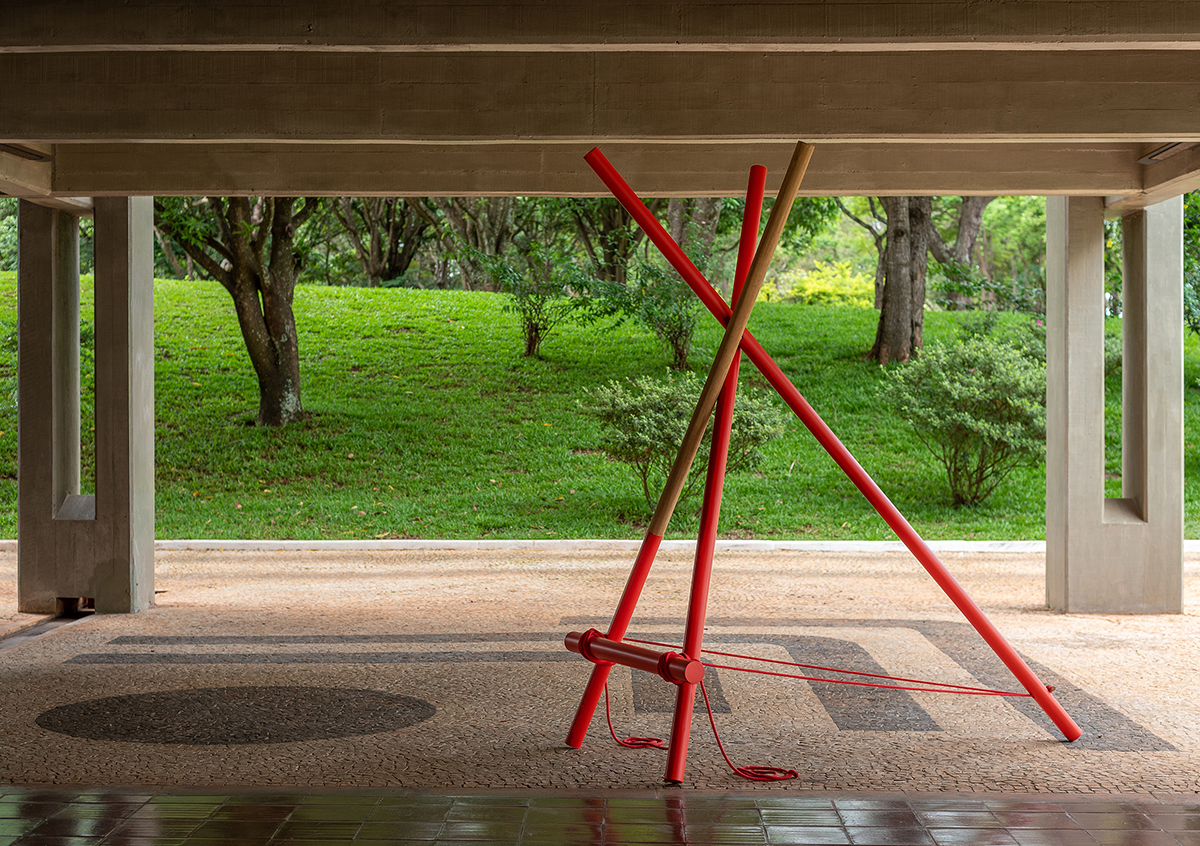 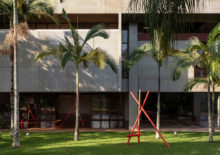 Fernanda Fragateiro’s work is characterized by a unique way of relating art and architecture, inviting the public to reflect and interact with the pieces and the space that holds them.

In this unprecedented exhibition, the Portuguese artist dialogues with the work of Italian-Brazilian architect and designer Lina Bo Bardi (1914-1992), known for designing iconic buildings such as the Museu de Arte Moderna de São Paulo (MASP) and SESC Pompeia, both in São Paulo. ” There are multiple dimensions of Lina’s work in the field of architecture, curatorial research, editing, and her strong commitment to pedagogy, which run through her entire practice, and which is what interests me most and where I can find myself,” says Fernanda Fragateiro.

Conceived for the Camões Gallery at the Portuguese Embassy (building designed by Raúl Chorão Ramalho), the exhibition brings together studies of the collection of Lina Bo Bardi and records the creative process of Fernanda Fragateiro in research on the “Roadside Chair” (Lina Bo Bardi, 1967), the centerpiece of this exhibition, as well as, more broadly, on the relationship between the body of work of the Italian-Brazilian architect and the Modern Movement, which has its great urban development set in Brasilia. By choosing to work with Lina Bo Bardi’s collection in this exhibition, the artist amplifies the discourse, the look, and the participation of women in art and architecture.

In this exhibition, “Fernanda Fragateiro shares keys for reading her work process by bringing to the exhibition space a set of books and materials that constitute her research, in a renewed invitation to reflect on the work of Lina Bo Bardi, on the archives, and on the inscription of the other in the construction of the space we inhabit,” summarizes the director of the CCP in Brasília, Alexandra Pinho.

This project is a realization of the Portuguese Embassy and the CCP in Brasília.

The exhibition will be open until February 18, 2022, with free admission, by appointment. Visits to the exhibition can be made on Tuesdays and Thursdays, from 2 pm to 3 pm, and can be scheduled by email: geral@institutocamoes.org.br