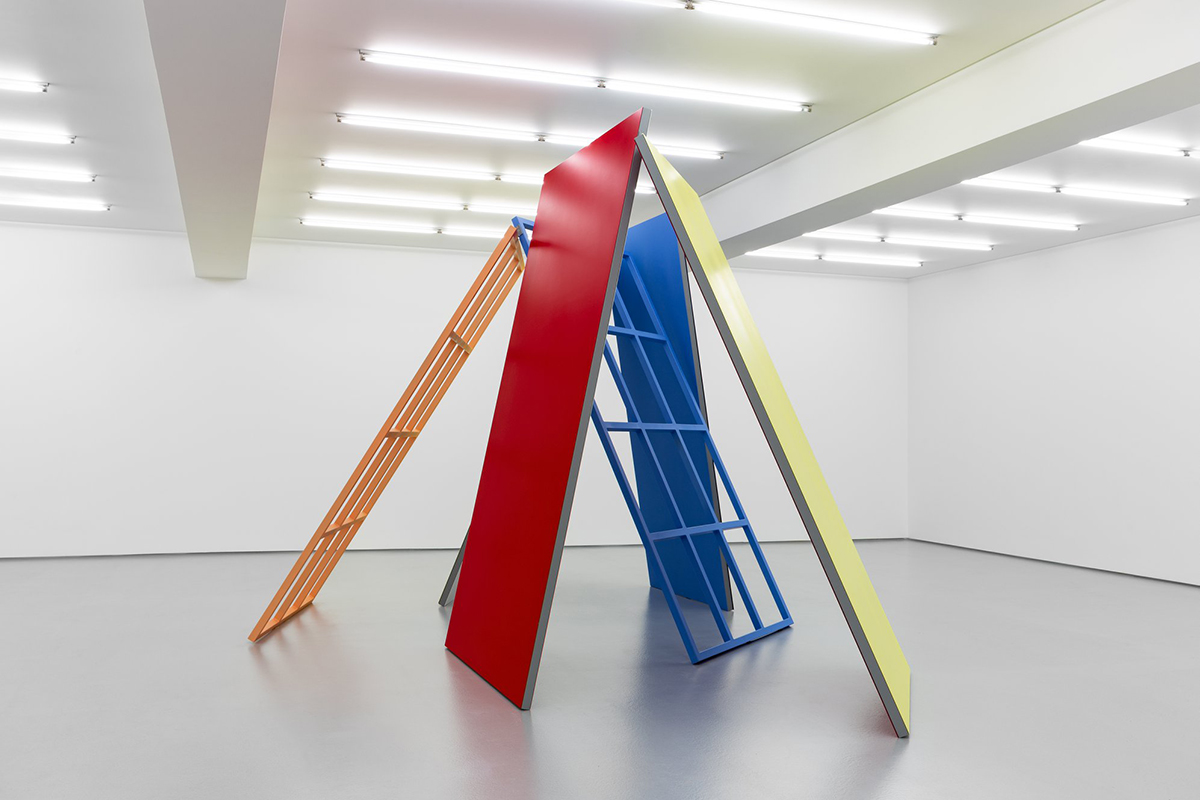 José Pedro Croft’s exhibition 1 nova, 2 nem tanto presents three sculptures, three unedited works, recalling the imaginary of a “stele”, a primordial structure which finds itself challenged and activated through its installation. The sculptures operate within the space allowing the artist to establish a dialogue with the various agencies present in the room, such as the viewers, the light, the precarious equilibrium, as well as all its intrinsic elemental forces, and, concurrently, the object itself, as item, matter, role, possibility and choice. Hence, it does not only question our relationship with the space and the gravitational forms, but also implying the act of getting involved, to play with simple, primordial objects.
The two sculptures — one in wood, marble and plaster and the other in wood and plaster— are both made from reused doors that have lost their function and they are freed, with their meaning displaced, and assembled with different materials, as if the “original” one has been erased. The item becomes another, which in turns is reinforced through the addition of new elements and installed differently, acquiring other levels of perception, thus creating a new narrative.
The centre piece is composed of layers, an architecture of rectangles, evoking the image of a hut, a sort of a primitive shelter. The iron plates constituting the sculpture, which are also a reminder of the “stele”, are joined two by two, united in one point, and painted with inspiration from the Baroque. In between the plates, a joint of two grids, recalling Croft’s drawings, reinforces the light to become part of the work, making it dynamic in its unstable balance.
1 nova, 2 nem tanto is an attempt to challenge one’s own perception, to create an inner reaction, through simple forms and objects as part of a primordial imaginary, stimulating questions around function and significance.