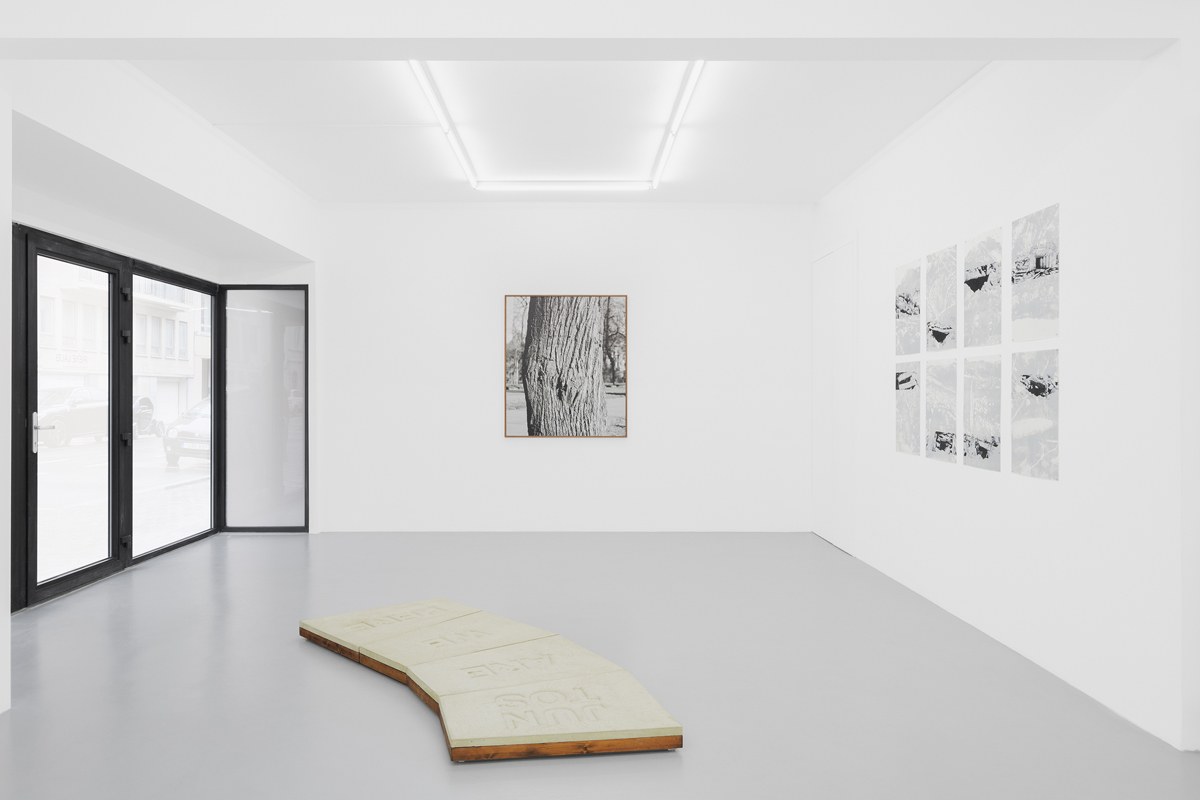 Yonamine, Exhibition view of "Resilience, an aptitude" at Irène Laub Gallery, Brussels (BE), 2020

A day doesn’t go by without us speaking about the resilience of human beings in the face of injustice, climate change or migration. Resilience is what allows us to go beyond ourselves, to believe in justice and to go beyond the agreed and the conforming, the beautiful and the ugly.

Applied to any place or situation, resilience is the ability to face and absorb disturbances and constraints in micro and mega events in our lives. Human beings constantly need to adapt their functioning and their attitude when confronted with disturbances, in order to begin and manage the recovery process.

Artists face these challenges by anticipating them often with new propositions, shining a new light on the situation, allowing us to reflect, adapt and even change. Artists have the capacity to look differently at their peers and at the desperation with which certain human beings spend their lives fighting, crossing continents and seas, or rebuilding themselves in the face of loss and the need to exist.

This exhibition project addresses the capacity of resilience, which is present at the core of every human being and allows everyone to live in the present, to exceed it, as well as to share it. There are infinite ways to be resilient and each of the seven artists have their own way of sharing their aptitude to be resilient.

Iván Argote invites us to walk on words and Corinne Silva proposes to observe bullet impacts in the bark of trees in Sarajevo, while Eirene Efstathiou draws the way insurgents were hiding during the Greek civil war. Michèle Magema develops visual strategies to counter-act the damages of colonialism in Congo and Shiraz Bayjoo reveals to us haunted places in Mauritius. Still present today, savage capitalism is usurping natural sources as much as it is imposing its own values. Younes Baba-Ali and Yonamine operate on a poetic level to resist the alienation post-colonial countries are going through.

Iván Argote proceeds by using language to question our relationship to history and to appeal to our imaginations. To do this, he offers strategies that use subversive humour, which generates spaces for dialogue and resilience.Step over the words, play with them, say them out loud. To follow the words by walking on them is already a way to step sideways in the white cube space of the gallery. The artist offers the opportunity to wander and therefore to experience public space together in a different way.

By a sleight of hand, Younes Baba-Ali creates a reference to the value of raw materials causing the seizing of people and territories. Faced with this situation, resilience remains very precarious, while the stones keep shining. Minerals have never been such a coveted commodity since ancient times. Objects of speculation and spoliation, they are more than ever the bitter fruits of wild capitalism. Whether in the DRC or at Carlin Trend, minerals are subject to trade and fantasies. Presenting them uncut, the artist diverts their uses, giving them another value by including them in a game of slingshot. A way to resist the yo-yo of the markets, while also participating in it. This work, originating at the Lubumbashi biennale, was produced in situ for the gallery window.

Through his photographs, Shiraz Bayjoo conveys the atmosphere of interiors still bearing witness to the colonial era of Mauritius Island. He thus illustrates the resilience of an history that relies on fetishes to better resist oblivion.During French and British colonial rule, Mauritius was at the heart of the slave trade as a strategic trading port, attracting Chinese and Arab merchants and trafficking slaves from India, East Africa and Madagascar. These images of «Île de France» are part of an eponymous film, which presents the textured soundscapes emanating from these interiors. Shiraz Bayjoo highlights surfaces and objects that have aged in the tropics and are still evoking the different lives and ownerships these merchants’ houses went through.

Working like an archaeologist, Eirene Efstathiou investigates the images of the past and present, layer after layer. In the project “Kiafa Revisited”, she invests the physical and mental borders strategically operated by insurgents to survive the Greek Civil War (1946- 1949). The lithographs are based on archival documents as well as present-day photographs of landscapes and artefacts discovered during a hike that the artist took in the Grammos mountain range in northern Greece, the site of the final battle of the civil war. The project also examines how accounts of and about the civil war persist in contemporary public discourse. To give visibility to these narratives is to become resilient against forgetting and trivializing history.

Michèle Magema operates via performative transmissions, moving images, drawings and literature. She draws from her personal history to create links to the universal post-colonial experience, which is still struggling to face its bitter consequences. Invited by C. Järdemar of the Stockholm University of the Arts, Michèle Magema worked on photographic archives produced between 1890 and 1930 by Swedish missionaries in the Belgian Congo. These documents highlight the truncated history of her grandparents, considered «advanced» in the social scale of the colonial period. The artist’s resilience translates into her redrawing of these patriarchal and matrilineal lines on wood and paper, as a way to inscribe a past that continues to bleed into the present generations. Michèle Magema questions her own capacity for resilience in the face of her individual memories and opts to incisively redefine its contours.

Corinne Silva perceives the landscape in interrelation with culture, politics and botany, favouring people and materials. Here, she reflects upon bullet holes still visible in the bark of trees in Sarajevo. As the artist points out: “The trees on the front line of Sarajevo are some of the only trees that remained in the city after the siege from 1992 to 1996. The trees on the front line remained intact for two reasons: they provided shelter from snipers to those trying to cross the open space, and they were in a position far too vulnerable for anyone to consider taking the time needed to cut them down for firewood. However, while the area has changed, the trees still bear traces of the conflict. With the help of Sead Vojnikovic, Professor of Forestry at the University of Sarajevo, I learned to read the trees, to see how the bullets entered them, the shape of the trunk around a bullet or the scars in the bark caused by shrapnel. I was told that the metal lodged in the trees could be picked up by a metal detector, like those still used to clear the countless land mines from the surrounding forests.”

Yonamine reinvents the archaeology of our present by declining plural and sometimes ephemeral gestures on materials as diverse as a canvas or mere tree leaf.When someone needs to have a projector but it is out of their reach, they can only build it themselves. Acting in resilience may also mean drawing on a tree leaf to resist the savage capitalism that is establishing itself on the continent. Will those leaves be the next targets of the global economy or will they remain African? So many outstanding questions highlighted by Yonamine, an artist who lives in Zimbabwe, one of the African countries most absorbed by the Chinese economy.

Cécile Bourne-Farrell lives in London since 2013. She collaborates in the setting up of residences, programs and exhibitions for King’s College War Studies Department.She is curator for Arts Cabinet, London (UK), the SUD2017 triennial, Douala (CM); «Puxar Pela Lingua», Air 251, Cascais (PT) and «Mare Medi Terraneum», Es Baluard, La Palma (SP). She initiated the program of the New Patrons for the Fondation de France in Spain, she teaches at the Paris School of Art and writes regularly for reference works on her contemporaries.