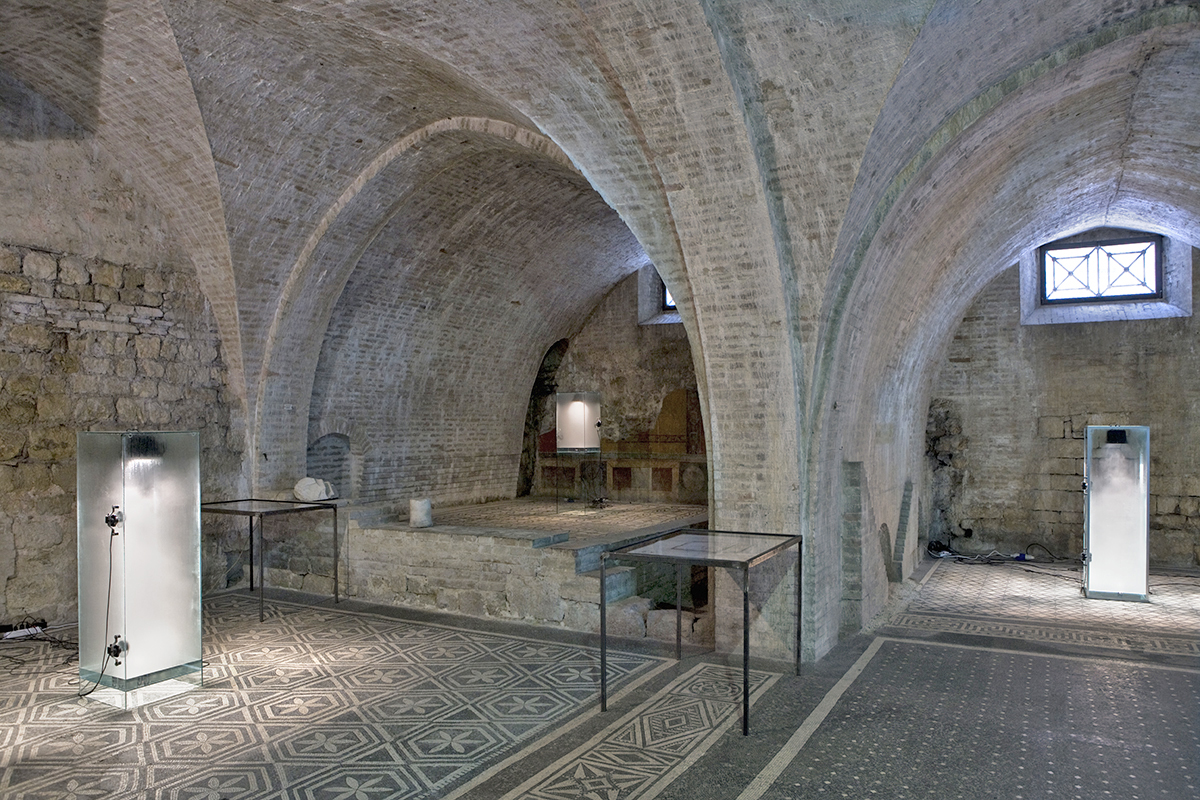 Donato Piccolo’s art investigates various natural and emotional phenomena, often using technological and mechanical tools to create his works. Through a thorough study of human cognitive faculties, Piccolo’s art analyses the perceptive aspects of the natural world. His artwork investigates natural, physical, biological, and scientific phenomena that are the basis of living, employing their emotional aspect as a tool.

Already in the title it is underline the usual scientific procedure that the artist uses for the creation of his artwork that, based on a technological and technical method, encloses a constant experimentation. Reality Reversible is a condition of the soul, is a reality that can be changed through the willing of going beyond human`s limits. Donato Piccolo is looking for to modify these limits by creating sculptures that are crossing over the reality, by altering the laws that are ruling that specific object and the physical laws that are limiting the object itself.

Physics is used to be modified, the laws of thermodynamics become aesthetic elements. The artist pushes the view of the object to its limit and then returns to its original state. With the reversible term he points out a particularity of his works: their ability to return to its original state. Behind an apparent chaotic state there is a balance of the elements of the parts that make up the whole.

Precisely for this exhibition the artist has created some works in which adopts the concept of order and chaos, reversible and especially the concept of spontaneous symmetry breaking of Nature (theory of Nambu / jona-Lasinio), subject very dear to him.

For Piccolo Art becomes change, mutation of the form and its physical state. In some work, such as for example `immaterial 2016` (Air column, tornado), he implements processes of transformation of matter as an alchemist: the water becomes gas for then to become again water, it therefore has a dispersive transformation of energy in order to create an entropy of vision. Immaterial is a sculpture composed of gas, steam that spins on itself and the movement of this kind of tornado`s air is modified by external noise to sculpture.

In short, the sculptures of Piccolo seem to have their own autonomy, its own life as they are subject to physical and real actions and reactions, external to the sculpture itself. For him it is in the transformation of the elements of nature that you have the answers to the understanding of the visible world. It is therefore a constant investigation of the phenomenological world, the distinction of what we actually see and what it really is. For this, according to this artist, the reality is a constant and unpredictable genius that he is always looking in his art.