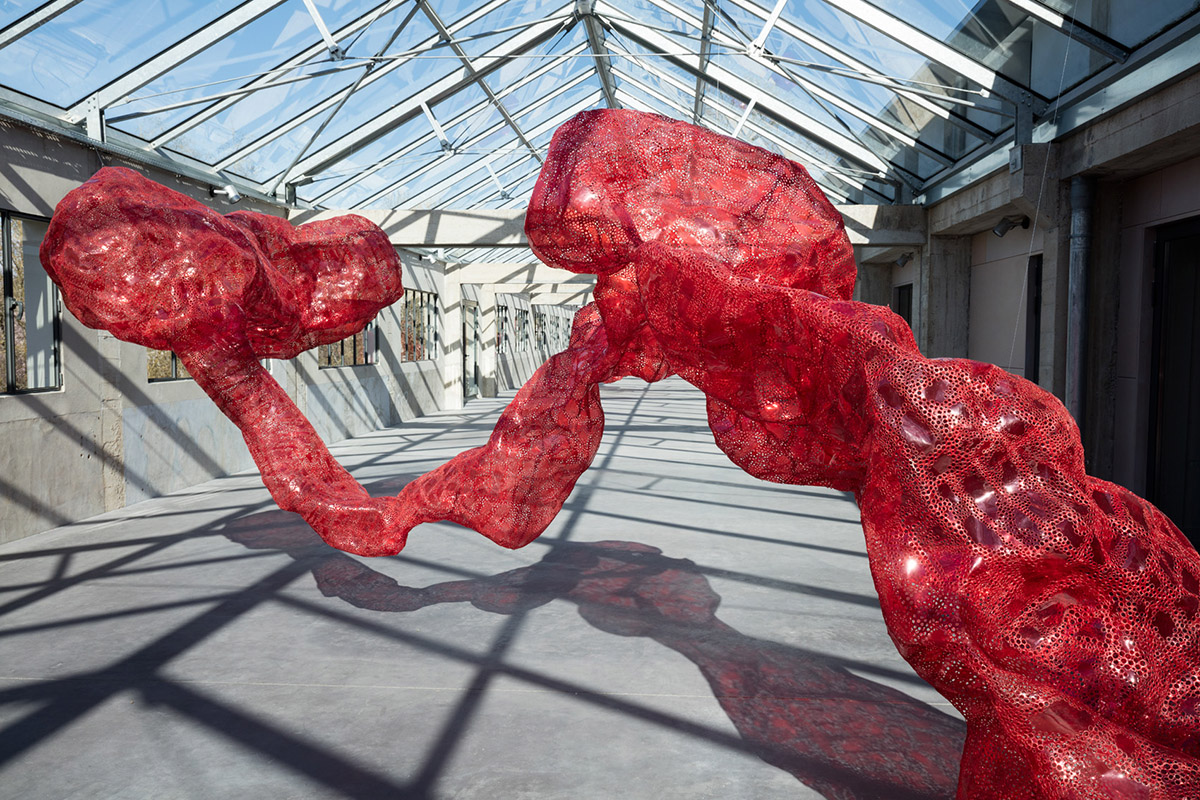 Occupying all the spaces of the Art Center, four new exhibitions extend the invitation to discover, throughout the season, artistic approaches worked by the fragility of our representations.

First, those deposited by the graphite mine, the only material used by Mathieu Bonardet, as traces of a deployed and meticulous gesture, as energetic and performative as it is fragile and sensitive.
To be discovered in the Petite galerie from February 24 to March 17.

Under the glass roof, with Tatiana Wolska, Principe d’Incertitude takes shape and becomes a cloud, a plastic, aerial, monumental and colourful form. This poetic stretch under the canopy is also to be seen from February 2 to March 31.

In the Great Hall, from February 16, a multimedia installation by Gregory Chatonsky draws its material from dream stories, from the unfathomable visual sources put online, calling together the learning process of artificial intelligence, to establish imaginary forms, a cloud of recomposed realities.

In the hall, until September, the cloud becomes a great aerial and ethereal utopia linked to an activated protocol by the artist Yona Friedman. Each visitor will be able to participate in the deployment of this collective work.