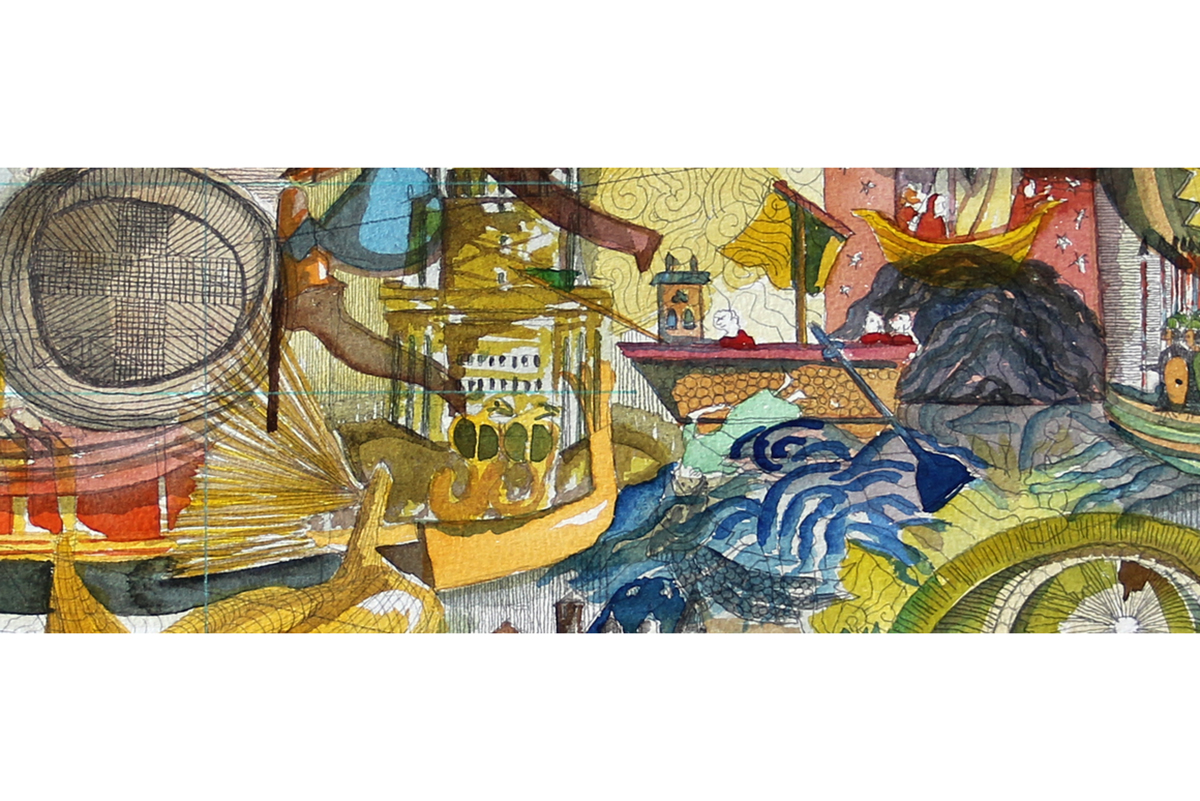 The journeys she makes or that have inspired her, leave their mark on her videos, drawings and installations, criss-crossing them like time-lines and tracks that record fictional trajectories through ordinary, everyday life.

The famous Scottish writer, author of Treasure Island (pub. 1883), tells the story of his inland voyage in “Rob Roy” canoes across Belgium and through part of France in the autumn of 1876 shared with his friend Walter Grindlay Simpson. From Antwerp, they paddled and sailed along the river Scheldt, down the Willebroek canal, then after a train journey into France, continued along the Sambre and Oise rivers, a journey full of adventures and encounters described with relish by Stevenson.

Mira Sanders takes this travelogue as the basis of a poetic kaleidoscope of elements for spectators to discover, creating an installation where the two canoes that Stevenson dubbed “Arethusa” and “Cigarette” become central protagonists. Wishing to inject a further layer of subjectivity, she asked artists Filip Berte, Guðný Rósa Ingimarsdóttir, Jan Kopp, Erwan Mahéo and Cédric Noël to join her and contribute mixed media works to form a series of 22 panels, each an interpretation of stages in the journey corresponding to chapters in the book.

The canoe trip gradually loses its apparent simple linearity as Mira Sanders weaves ever more visual meanders around the spectator, reminding us, as does Stevenson in his book, that “the traveller’s journey […] is no more than a siesta by the way on the real march of life.

Coproducers : Argos Centre for Art and Media in Brussels, Photography Expanded at LUCA School of Arts and the Faculty of Architecture Sint-Lucas KU Leuven.

Read more about the exhibition here and Gudny Rosa Ingimarsdottir