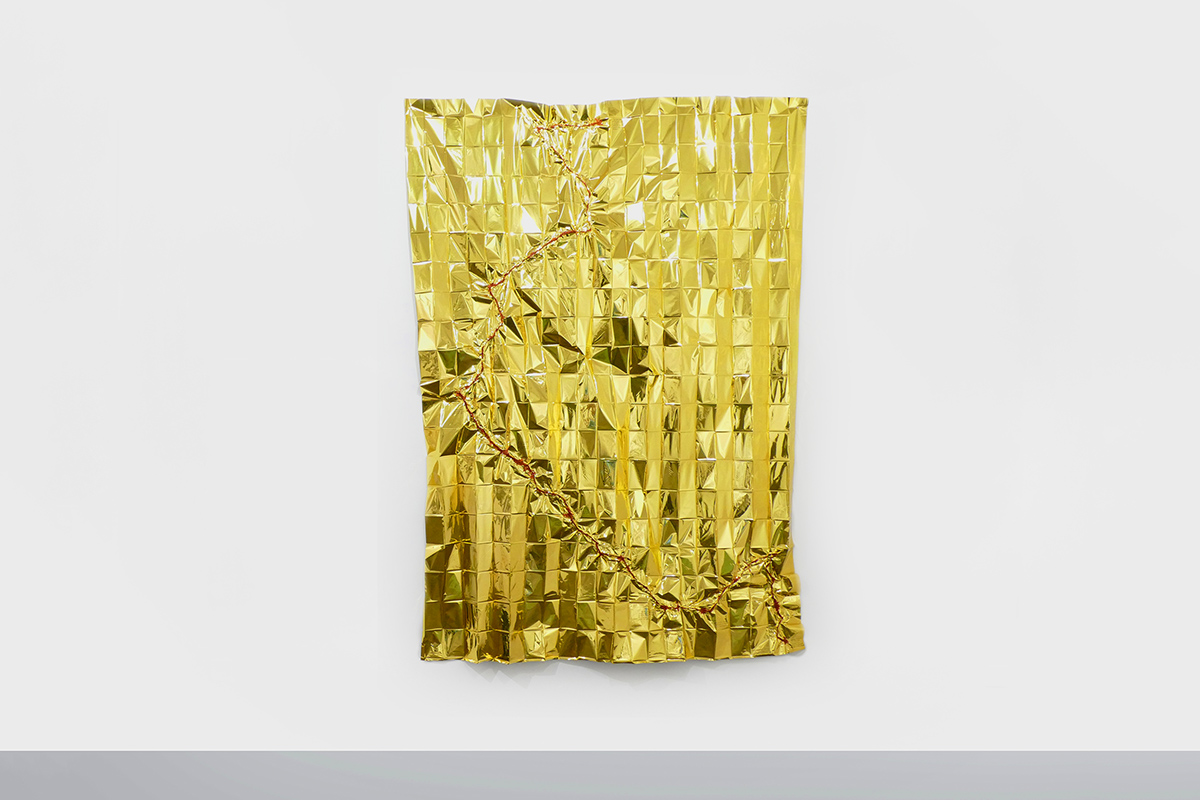 The enigmatic intentions shared with the participating artists reflected the intuitions of this project, subtitled Nave of the margins in the shadow of certainties. They focused on the desire to summon – in the space of a fleeting temporality in a space to be stripped of its trappings – gestures, acts, around projects dealing with time, the trace, the imprint.

Marcel Swhob’s twilight prose in Le Livre de Monelle was haunting, and its call for the sheer knowledge of the present moment inspired the implementation of what is intended to last only a sufficiently long time to aspire to a lived experience here and now, and for images and sensations to be carved in its wake.

These intentions were addressed a few weeks before the word destruction resounded with gravity in the very heart of Europe and some people were tragically confronted with the threat of annihilation. This context was not without questioning the prodromal and anticipatory dimension of contemporary art, which says something about our time in a way that is not literal…

The works which cohabit in the gallery space, for some 216 hours, irreversibly metamorphose it; from the dislocated highway which links the interior and exterior spaces, from the truncated projection which disembowels the floor, to the installation made of scraps and falls which, like a proliferating organism, invades its entrance, the space is dismantled, destabilised and as if put back into potentiality and power.
To the conquering dreams of demiurge artists, to the aspirations of sanctuary, something else is lodged in this space: fragility, humility, density, a prevalence of elements, of materials: sand, fire, water, wind, iron, aluminium…

… let each of us use our own ruins…

Many of the original works presented and conceived in situ proceed from a form of “re-potentiation”, from the rearrangement of elements and materials. Thwarting the adjustment to a vertical ascensional logic, they play on repetition and iteration.

Magnification of wear and tear at a time of saturation of aestheticization and hypertrophy of the image, these works blase erosion, ennoble the residual and seem to indicate a resistance to the sedimentation of the arrangements made. Some of them call for their own disappearance and deterioration. As a sort of counter-order to the fetishism of heritage in the age of programmed obsolescence, they are intended to be the vestiges of liquid times.

For more information about Tatiana Wolska and Lucile Bertrand