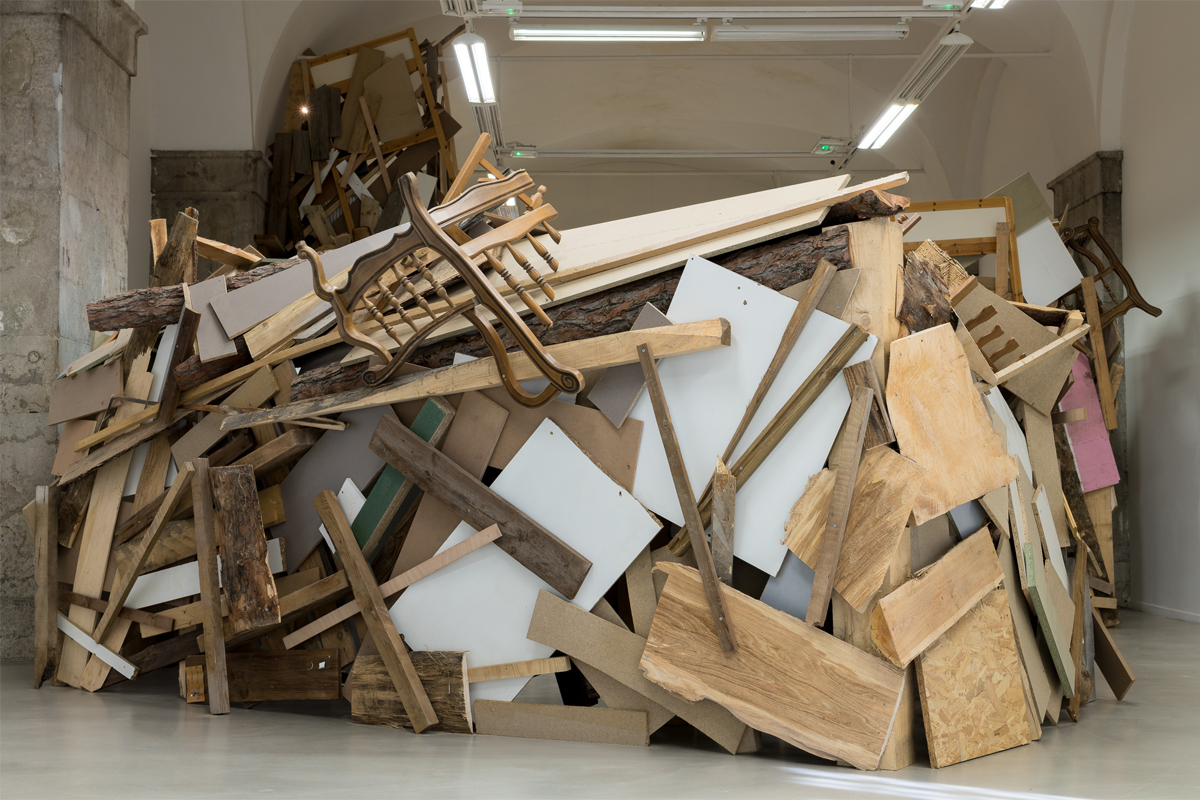 “If nothing changes, future mankind will be living in cardboard boxes. The United Nations Development Programme estimates that in 2020 more than two billion people will be living in slums. Slum dwellers already represent 80% of the urban population in the least developed countries.
And tomorrow, the main part of demographic growth will take place in the urban areas in these countries, especially in the slums”
Mike Davis, Planet of slums, 2008

Professor of urban sociology at the university of California, Mike Davis, author of the book Planet of slums, from which this citation is taken, already described the reality of galloping urbanisation through the notion of a global slum ten years ago. One of the major challenges for the development of big cities is to build compact towns in order to minimize urban sprawl, rebalance territorial inequalities and accommodate a growing population. From the potential of urban structures to their sharing, it’s the question of “dwelling” that is raised. How to live in total freedom, while making do with what is at hand? Is there another way to live?

Midway between installation, environment and informal sculpture, the exhibition “Habitat potentiel pour une artiste” by Tatiana Wolska offers a physical and cognitive experience of a specific architecture, at the same time living, organic and relational. Sculptor and designer, Tatiana Wolska asserts an experimental and subversive posture here by entering this construction into an interaction. For three weeks, this structure, compiled haphazardly, has fulfilled the essential function of a habitat, an extension of the artist’s private world, of her place of residence and place of work. Amongst the realities and fantasies of the habitat, she designed this alternative space which is no longer only defined from a technical standpoint but emotionally, symbolically and poetically.

A staunch self-builder and bargain hunter, Tatiana Wolska works the place dry, captures what, little by little, makes a place lived in and occupied by an individual. By immersing herself in this environment, she made a “room of one’s own” as in the title of the book by Virginia Woolf, founding text of the history of feminism. Without wanting to create a place to hide or shut oneself away, she designed these fictional structures, the fruit of memory and her imagination where architecture extends beyond its field to invent new stories. With this “desire to build, or to simply make something with ones own hands”, Tatiana Wolska evades the minimalist forms so heavily present in exhibition rooms and in homes. To do this, she unloads, sorts, and rifles through materials she collects before putting them together again, arranging them and attaching them to create a shape, akin to both an abandoned building or emergency shelter.

Poetry of buildings or new organisation of the urban and home space? From this organic shape made of wood, which touches the dividing line between sculpture and design, Tatiana Wolska reuses anything you usually throw away. “Without being an active ecologist, I don’t like cluttering up our planet more than it is already. I therefore mainly use recycled materials. I know this type of statement is very common at the moment, but over time I realised that it’s more of a habit, straight out of the post-communist environment in which I grew up. Our resourcefulness was not so much a fad but recycling necessary for everyone to function.” says the artist. The end of waste or how to do away with the obsession of waste? In his last book called L ‘Exforme, Nicolas Bourriaud offers ” a surprising meditation on our condition in an era in which waste takes on multiple facets – waste of capitalism, of consumption, of industrialisation, of nuclear dreams”. He talks in detail about the relationships between the middle and the margins, the legitimate and the displaced, and raises the question of waste as a new source of energy. If art has the power to exclude and include what is on the border and what comes from the margins, only the change of production rates could escape speculative, financial and social logic.

With this DIY set¬up directly on-site, with no preparatory drawings or modelling, Tatiana Wolska produces and activates a new temporality inherent to the production of this works, that of creating her mark. Without summoning the history of this place, she puts into play these fragmented, nestled spaces, while leaving a few clues, probably those of resistance tothe gathering pace of modern society. Tatiana Wolska is not seeking to manage time, or to control it or make it profitable. Through this fragility and the paucity of the materials, she advocates the urgency of meandering, of that which is crooked and uncompleted. Modest in its shapes and volumes, this potential habitat also explores another side, that of an artist in perpetual reconfiguration.