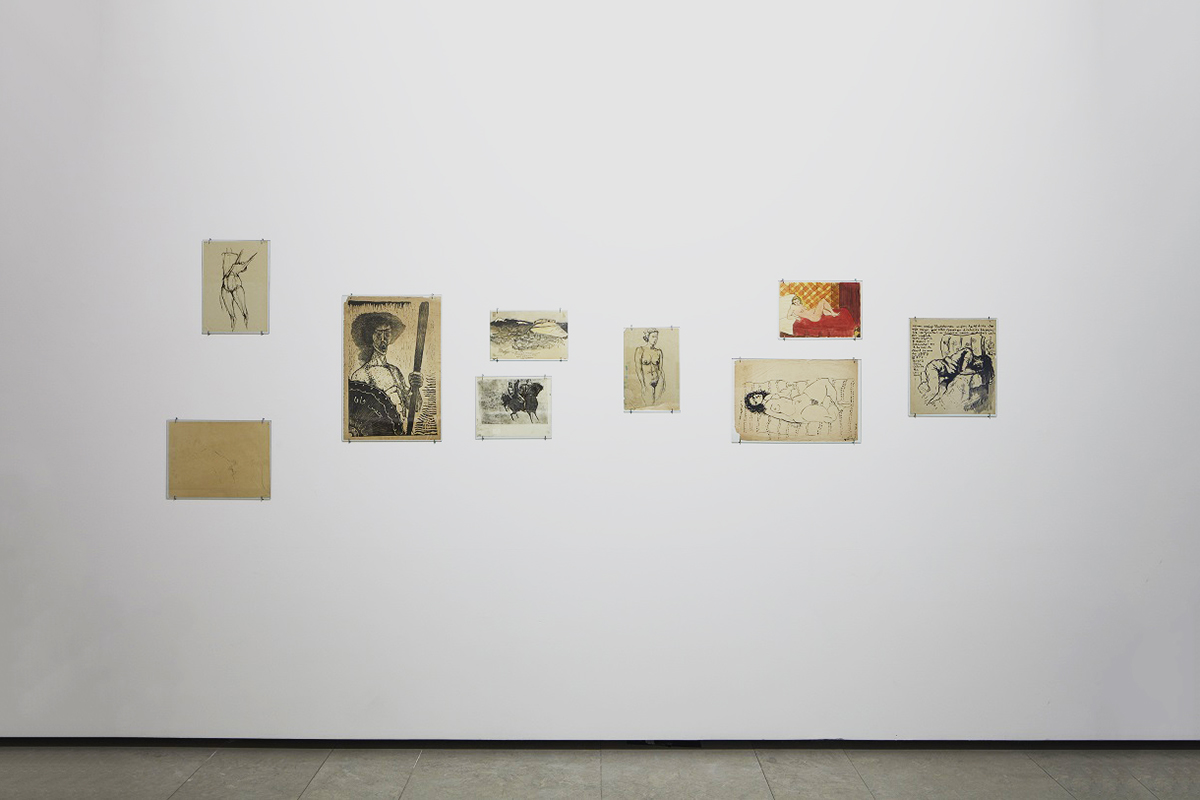 João Cutileiro is undoubtedly one of Portugal’s most distinctive artists from the 20th century. Excessive, joyful, generous, his work has decisively marked the country’s artistic and cultural landscape since the late 1950s and early 1960s.
This exhibition explores a celestial cartography of the geometry of relations, affections and interactions that orbit around Cutileiro, as the star at the centre of an energy-based magnetic field.
Cutileiro Constellation casts a gaze over the artist’s early works, produced between Évora, London and Lagos, encompassing sculptures, drawings and photography. It primarily consists of works by João Cutileiro placed in dialogue with works by other artists, including his predecessors, contemporaries and younger colleagues, who lived and shared experiences with him, united in a connotative logic of forces rather than forms.
We have chosen works from a wide constellation of artists – such as Júlio Pomar, António Charrua, Lourdes Castro, José Escada, Manuel Rosa, José Pedro Croft and Rui Chafes – some from Cutileiro’s own collection – like the beautiful portraits of the artist by Lourdes Castro and Charrua; the nude drawings by Manuel Rosa or José Pedro Croft, produced in a residency in Cutileiro’s studio in group work sessions in the late 1970s, and early 1980s; others who gravitated in different orbits – such as the sculptures by Manuel Rosa, José Pedro Croft and Rui Chafes, whose procedural echoes suggest both evident and also surprising affinities.
Working with materials such as ciment fondu Lafarge, bronze, welded iron, gypsum or acid-etched marble, João Cutileiro has opened up a new way of looking at sculptural work in Portugal, based on a performative, imminently material, oscillating approach between forms and the shapeless, referring to motifs or archetypes from the history or prehistory of sculpture, in a dialogue between different epochs and geographies.
The artist’s early work was extraordinarily heterogeneous, with multiple influences including Paleolithic Goddess statues, Egyptian or Etruscan art, Giacometti, Pompeii, the tradition of funerary art and the influence of surrealism. His radical use of materials coexists with an unusual formal and stylistic boldness.