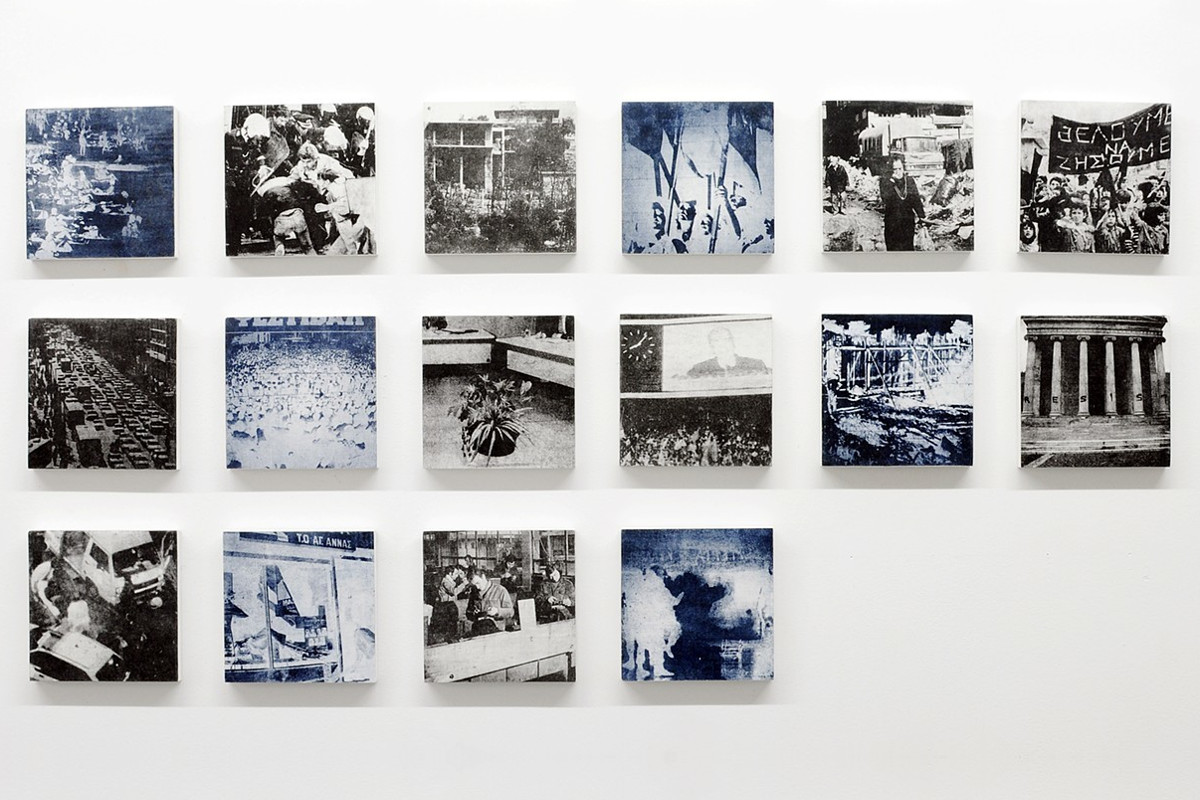 “If the Athenian neighborhood of Exarchia is an island, then I speculate that the campus of the National Technical University of Athens (Polytechnio) is its chora. In my practice as an artist I have used many images of the actual physical space of the Polytechnio, both from the media as well as from my own photographs.  In all of the works these images have been juxtaposed with images other than the Polytechnio.  In this paper I will look at every image I have made of the Polytechnio, but rather than looking at the images as I had situated them within my own artworks I will examine them removed (once again) from their context in the artworks and rather considering them in relationship to each other as a set.  In considering my own approach to the actual physical space of the campus as a representation I will perform an initial, and necessarily partial, mapping of where the Polytechnio campus is situated in or among or between the institutional recording of its significance and the radical imagination of its significance.  This mapping will involve considering the images together and looking at these images in relationship to contemporary and local militant research, informal interviews and selected published statements by left wing and anarchist groups.”

Artist talk at the Hellenic Studies Department of Columbia University.
Read more about the project here