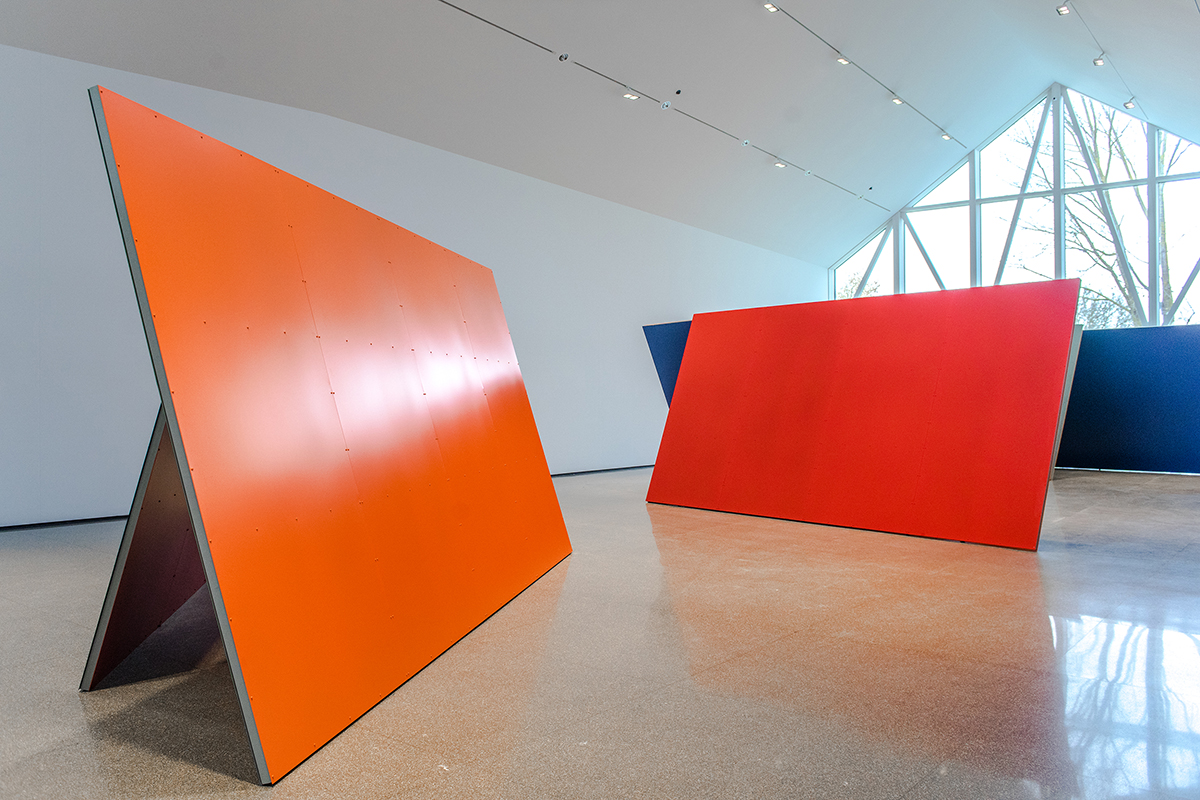 José Pedro Croft (Porto, 1957), one of the main exponents of the renewal of sculptural practice in Portugal, presents at the Cerezales Antonino y Cinia Foundation [FCAYC] a large-scale intervention that addresses the relationships between form and space. In line with his previous work, which furthers some of the propositions established by Minimalism and Conceptual Art, the installation lies at the intersection between architecture and the body.

The specific architecture of the FCAYC that merges seamlessly with the surrounding landscape serves José Pedro Croft to show how art in general, and his sculptural work in particular, are offered as an intermediate territory. In this field, the measure of time and space has its own rules: the sculptural installation generates a series of passages that, as we go through them, alter the conventional relations between architecture, landscape and body. As we move along the references between inside and outside are lost; one leaves an environment only to enter another, an architecture withinarchitecture. The boundaries become undone and reconfigured with each step.

The colour fields generated by the huge metal plates that form the installation are, in turn, the product of artifice: chromatic palettes inspired by late Renaissance sculptures and paintings, far distanced from any idea of “natural” colour. These idealized shades even change on each side of every plate. Thus Croft’s proposal seeks the fluidity and expansion of the energy generated by both constructive structures and these hyper-saturated colour fields.

This sense of transience, of something that is in the process of being built all the time, is one of the defining characteristics of José Pedro Croft’s work. In the FCAYC project, this is taken to the extreme as it is a kind of “ready to assemble” sculpture that will change its configuration when it is presented later, at the Convent of Santa Cruz in Coimbra, a Renaissance environment far removed from the contemporary architectural context given by FCAYC.

In Field/Counterfield, José Pedro Croft offers us a striking example of his work process: the activation of space comes only when, after conceptualizing what is in fact happening there – and what happens to the subject in that space – the artist starts adding elements that conflict and question this relationship. In the words of Aurora García, Croft “is interested in the generative aspects of art, of what a particular form and subject matter are capable of originating, not as an autonomous object that only admits the isolated confirmation of its own status, but as something related to the complexity of the world and of existence”.