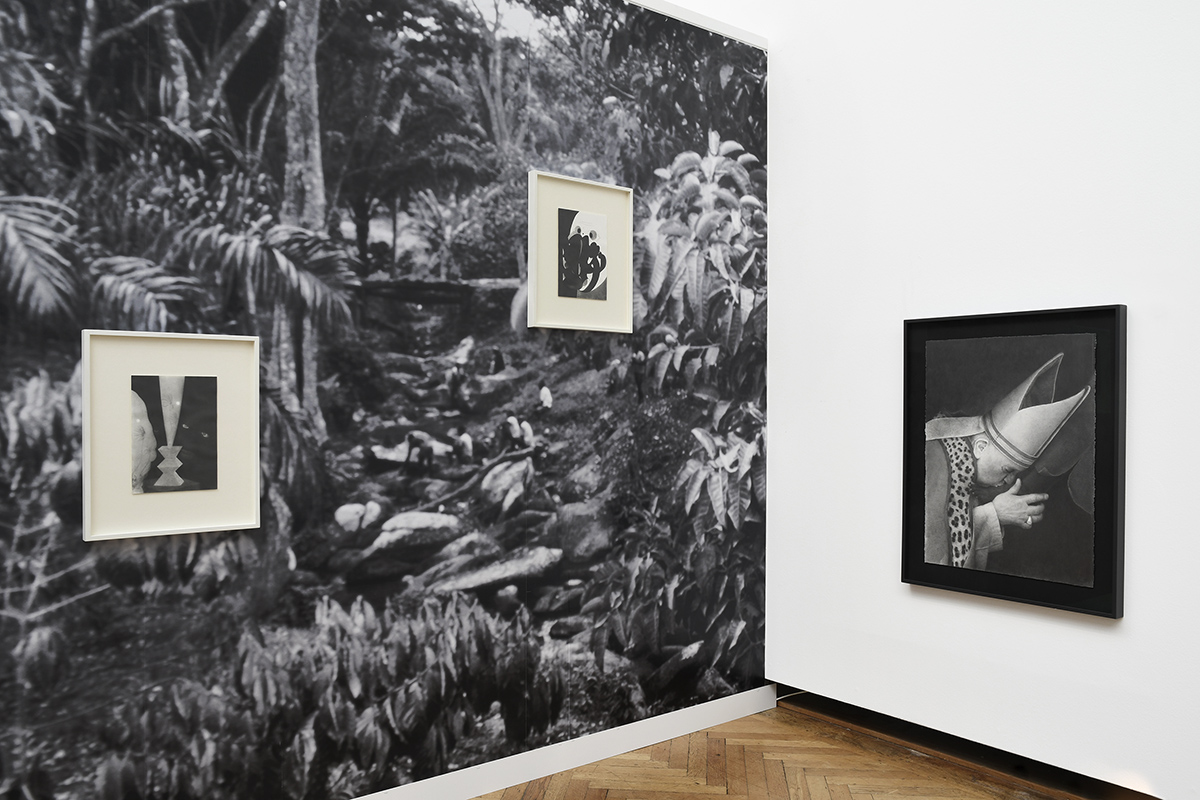 In the last two decades, Portuguese artist Pedro A.H. Paixão, winner of the prestigious Navigator Art on Paper international prize, has been producing a solid corpus of work with drawing at its heart, but also including sound, video, edition and scholarly research. Through large cycles of works based on specific questions and topics, he has developped a thesis of drawing as a sensible thinking field, where delicate issues become approachable objects of contemplation and critical study. In a recent series of works, dedicated to Central Africa in (neo)colonial times and the possibilities of reparation, the artist broached the complex topic of restitution.

Pedro A.H. Paixão, a Portuguese citizen born in 1971 in Angola during colonial times, was still a child when he left his homeland as the civil war broke in 1975, weeks after the Independence. In 2015, the artist produced his first works addressing that past, with an iconic red pencil drawing – « Little Diamond Crown (Nina Simone in memoriam) » – addressing our current perception of colonial trauma. In 2017, his first solo exhibition in Brussels pushed the subject further, presenting a new corpus of work in which the Congolese colonial period and its transition to independence become a chromatic thinking field, thus allowing viewers to confront past events through dreamlike images, devoid of judgment and unchained from history’s discours or constraints.

Expanding on that project, the artist’s new porductions are focused on the restitution of artefacts to their homeland, as well as the meaning of displaced people (from diasporas) worshiping displaced artefacts (in Western museums). As an Afro-American play writer and critic, Bonnie Greer, once said, reflecting about the destiny of the famous Akan Drum, the oldest African object at the British Museum collections: “The thing that’s remarkable about these objects, for us who were taken – and forcibly – from our environment, is that these objects have travelled with us, and they’ve actually become what we have become, and they have accompanied us here to live in this place, and to thrive in this place. And, because we are part of that object, and it’s part of us, it’s quite right that it is here.”

In contemporary times, characterised by complex global interactions, these questions are delicate and difficult, involving uneasy decisions about where things should truly be or to whom they really belong, as well as who they are now speaking to. In the artist’s work, simultaneously laborious and delicate, developed in the interstices of such complexities, the seemingly quiet form and the multi-layered content make no concessions. Pedro A.H. Paixão presents visual works where things are felt and though anew, not under the trial of history and morality but under their own light, breaking preconceptions and misconceptions apart.

We are glad to welcome curator Emmanuel Lambion for a presentation of our booth live on Bx1. Listen to his comments on Pedro A.H. Paixão’s work by following this link (32:35′).