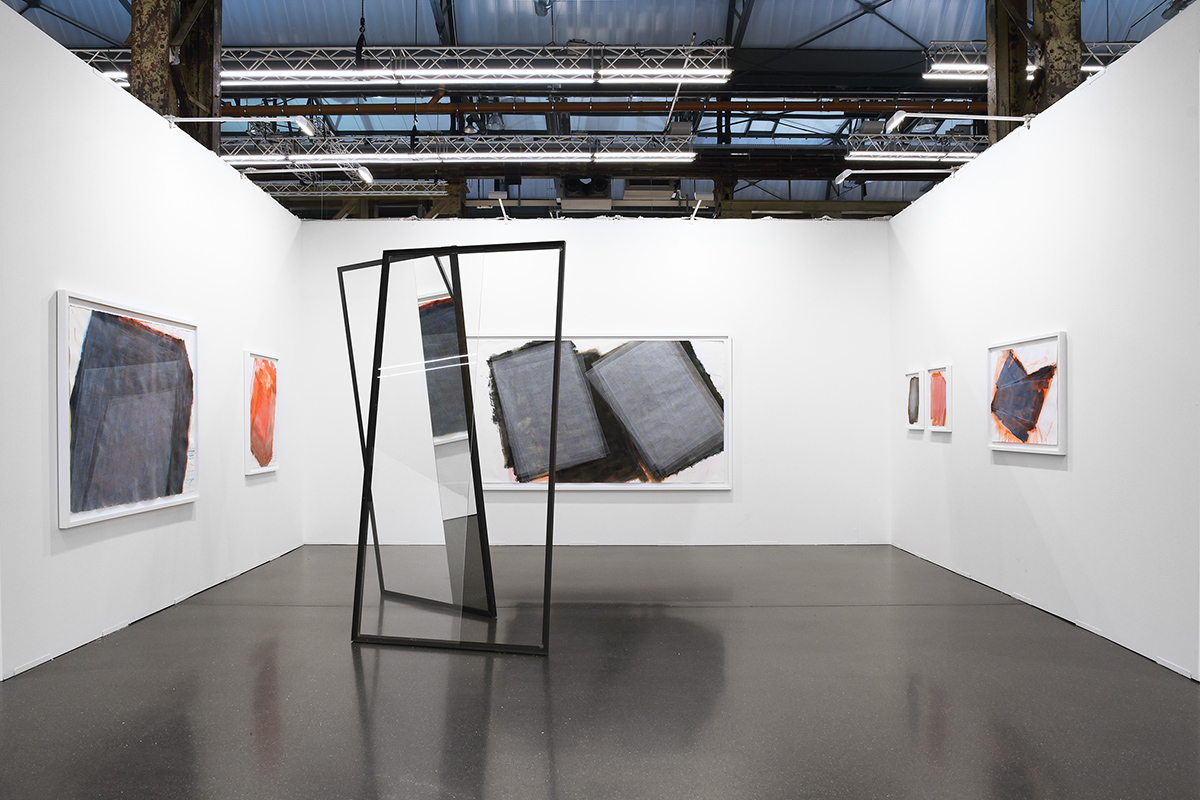 Irène Laub Gallery is glad to bring José Pedro Croft, a celebrated Portuguese artist whose work question our perception of space, to the 2019 edition of Art Düsseldorf, from 14.11.19 to 17.11.19.

José Pedro Croft’s sculptures develop complex relations with their surroundings and with their own shapes and volumes by means of simple, almost minimalist structures. His creations combine the material nature of the object with its formal aspect and, in some cases, the latter is strengthened by the use of industrial paint, suggesting sculpture perceived as painting in relief. Furthermore, the artist uses mirrors and glass to play with effects of light, shadow and reflections in order to create new volumes and an altered sense of space, eventually giving rise to a dialectical tension between fullness and emptiness that may also be found in his works on paper. José Pedro Croft’s architectural compositions, whether three-dimensional or flattened on paper, are always built on delicately balanced shapes and on the dichotomy of positive and negative space.

While, in the artist’s own words, “the interest of my oeuvre lies in its nuances and in the little differences, not in any attempt to pigeonhole it within a specific line of work”, Croft quickly became a leading figure of the contemporary Portuguese art scene. His work is shown every year in several solo and collective international exhibitions and he was chosen to represent Portugal on the occasion of the 57th Venice Biennale, in 2017.
José Pedro Croft’s work is part of the collections of Centre Georges Pompidou (FR), Albertina Museum (AT), Serralves Foundation (PT), Calouste Gulbenkian Museum (PT), Luso-American Foundation (PT), Secratary of State for Culture (PT), Berardo Museum (PT), Caixa Geral de Depósitos (PT), Museu Nacional Centro de Arte Rainha Sofia (SP), Fundació La Caixa (SP), Banco de España (SP), Museu de Arte Moderna do Rio de Janeiro (BR) and Pinacoteca of the Sao Paulo state (BR) and others.