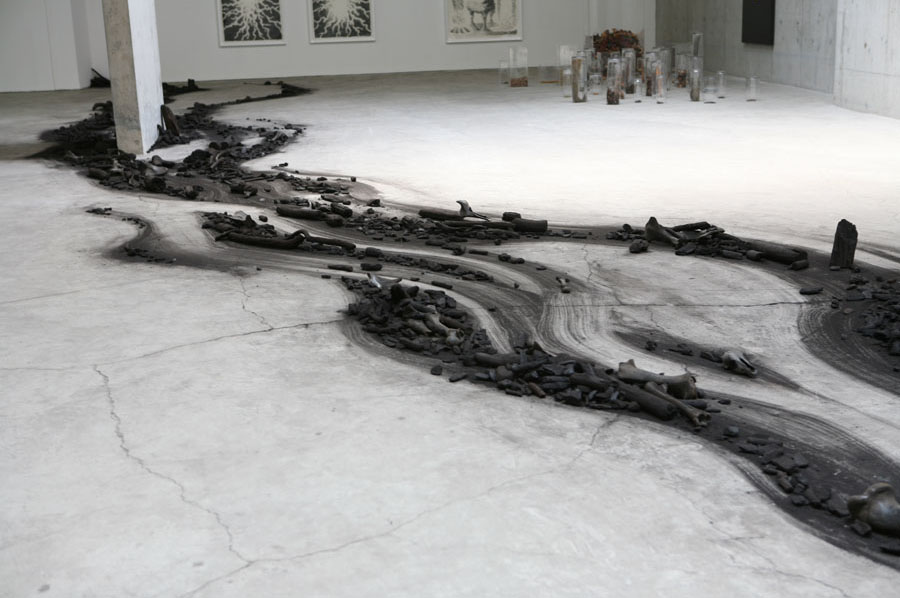 Shi Jin-Song ‘s A Personal Design Show includes three messages: first, this is a design show focusing on one person, second, this is a design museum regarding personal daily life, and third, it presents an autobiography showing a resistance of “designing” and “being designed”. In general, the so-called “design,” in Shi Jin-Song’s opinion, symbolizes the values of different power systems and the legitimatization from different parties of interest in various historic periods. These values have become knowledge and guidance of the everyday life that informed people’s consciousness and common sense, including moral ethics, political system, religions, etc. And his personal design show is to against this power system or a set of rules throughout the history.

A Game of Designing and Being Designed

For Shi, the history of human evolution is a game of “designing ” and “being designed.” It has appeared at the first moment when competitions and conflicts between ethnic groups and civilizations happened. The so-called culture and civilization are the results of a series of systematic designs. To counter these designs, there have been active individuals trying to escape and fight against the destiny of “being designed.” However, some of them have also become part of the system and are trapped in a trick of “being designed” devised by themselves. Shi admits to being a member of this group as well. This exhibition reveals three dialectic modes of psychology, with which Shi has fought against or responded to the situation of designing and being designed.

Following the everyday experience and a similar language and logic, the artist makes explicit the mechanisms of designing and being designed in our daily life. Through anatomizing our work, life, relationship, leisure, and other related values, ethics, and dreams, Shi creates a refreshing aesthetics of coldness and violence as he plays with the power structure of designing and being designed. The first group of artworks in the exhibition are examples of shi’s refreshing aesthetics, including Sickle Baby Carriage, Exotic Fantasy Swadding Armor, Feeder Series, A Quick Change, Merry Christmas 200 rev./min., Name Brand Weaponry, and Dior Design Gene.

The artist takes direct actions to reform the relation between artistic ecology and its productivity. He acts from his stance and severs his rights by sharing traditional rights in the art industry, such as copyright, to fight against the imposing designs of the rigid power system on individuals. With this attempt, he hopes to achieve a unique, pure art form without any symbols and metaphors. The second group of artworks is an embodiment of this artistic attempt, including Go Ahead NO.1 Bubble Motor Vehicle, At the Moment, Let’s Go, Halong Kellong of HT‧Dabeizhu, Auction Biennial,and My Biennial Pavilion!.

Through studying the everyday life structured by knowledge and power, Shi transforms himself into a metamorphosed, blunt knife to pierce and deconstruct all kinds of black-or-white fallacies designed in reality. In the meantime, he recycles these materials and re-designs an independent and spiritual home. Throughout the history, there has not been a moment when an individual can possess such a wide range of possibility. Shi even equals commercial art deals with public art projects and treats the commercial market as a type of museum. The third group of artworks exemplifies such an artistic concept, including 144.58 N.m, Huashan Project, Double Pine Garden- Thorough Transformation, Garden In The Living Room, Grey Degree 360, and Thirty Years on the East of the River.

From daily and cultural circumstances of “designing” and “being designed,” Shi has developed multiple artistic series that are mutual referencing yet inherently independent. The core spirit that runs through them all is an introspective journey into the self with a linguistic exploration of variations.