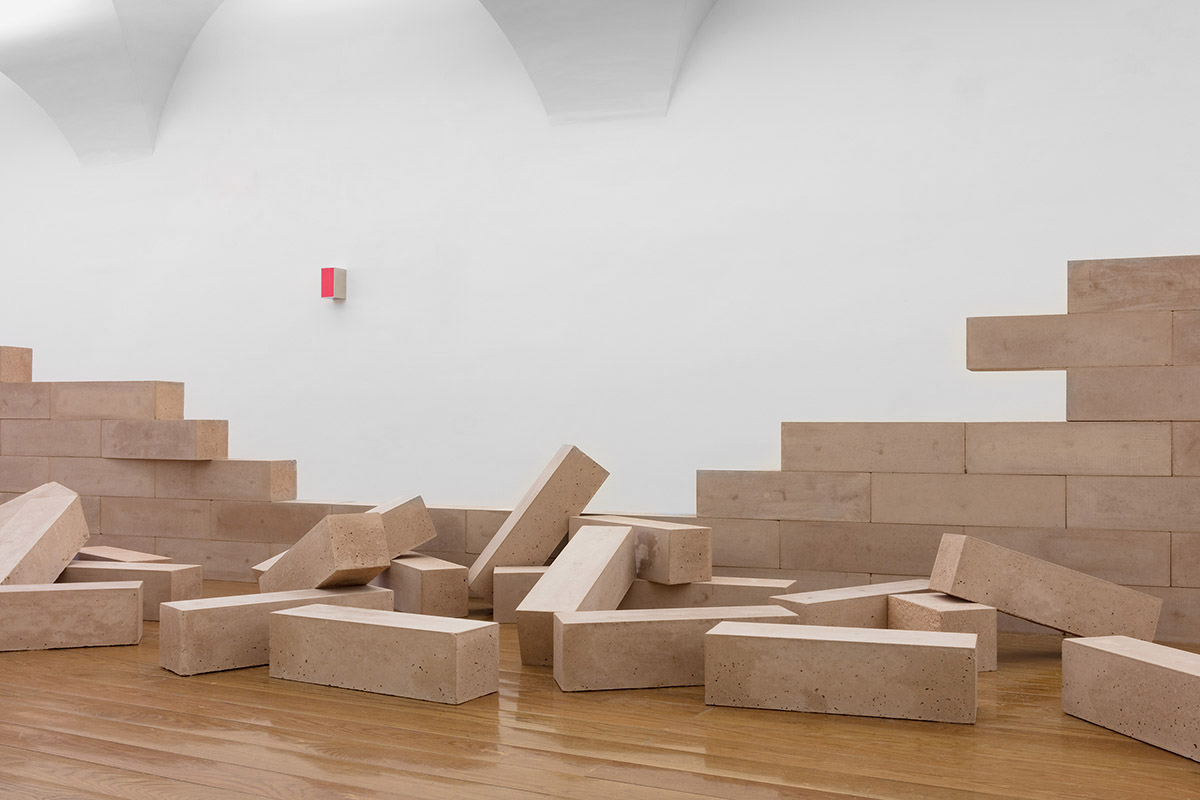 The exhibition “The Incomplete City” by Fernanda Fragateiro, curated by Delfim Sardo, brings together works from the last decade that, in different ways, reflect on the relationship between architectural space, its experience and history.

According to the curator Delfim Sardo, Fernanda Fragateiro’s work always starts from a friction between the uncertainty and fragility of historical processes, the failures of modernity confronted with the strength of utopia and the formal rigor of her sculptures. This exhibition was specifically designed for the MACE space, seeking to ensure that each room was imbued with a certain environment around a structuring element of our relationship with space. Throughout the exhibition, sets of objects called “material labs” by Fragateiro emerge, as a lexicon of the artist’s references, which help to understand her connection to places, political struggles, processes of social transformation and the poetic charge they carry. Cities, as Herberto Helder wrote, are incomplete. Necessarily incomplete, because they always lack the place where we meet someone, where we live a certain experience, where we’ve seen someone we’ll never see again. That’s why this exhibition is called “The Incomplete City”.

Using sculptural forms that refer to archetypical elements of the city (the wall, the pavement, the grid) or to objects that evoke the body (such as a chair or a table), the exhibition is divided in several rooms with specific ambiences that propose a path often interrupted or hindered. As is frequent in Fernanda Fragateiro’s work, the evocation of the history of modernism, the remission to a set of references only intuded or clearly expressed and the construction of a puzzle of collective memories proposes a challenge to the viewer, invited to complete the hiatus with their own ghosts or expectations. – Delfim Sardo