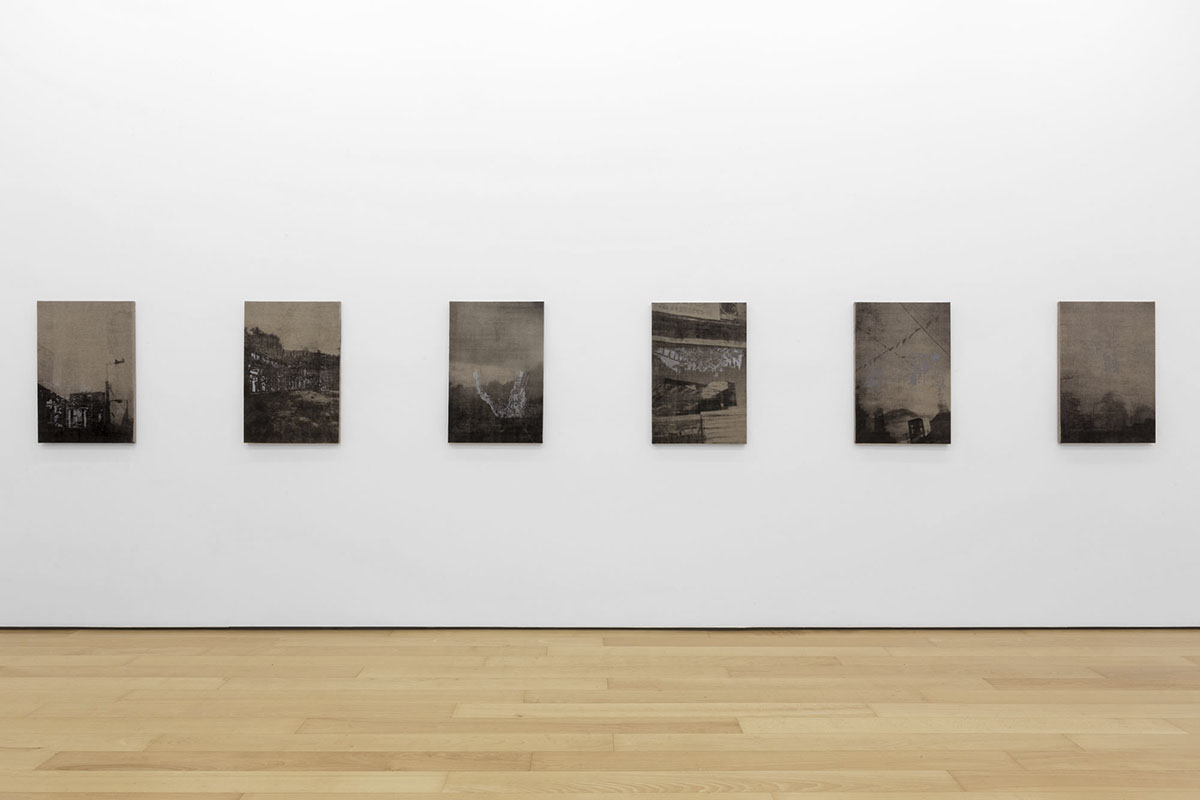 Phase 1 of the 39th EVA International – Ireland’s Biennial of Contemporary Art – is the first of a three-phase exhibition programme that will unfold across venues in Limerick city and online, from September 2020 to December 2021. Phase 1 features a Guest Programme titled Little did they know, curated by Merve Elveren, presenting works of international artists, including Eirene Efstathiou. Taking its reference from the “Golden Vein,” a 19th-century descriptor for the agricultural bounty of the Limerick region, the 39th EVA International programme across all phases seeks to question ideas of land and its contested values in the context of Ireland today. Through the work of the participating artists, these questions extend to broader considerations of how we relate to the land in terms of ideology, identity, and resource.

On this occasion, Eirene Efstathiou presents her work A Jagged Line Through Space (2017-2019).

Since the early 1970s, the district of Exarcheia in Athens has been an important site for public actions, student demonstrations, rallies, housing anarchists, environmentalists, feminist groups, human rights activists, and many other politically oriented groups. In A Jagged Line Through Space, Efstathiou brings together her photographic archives with collective experiences, and offers an unconventional journey through the neighborhood, asking the question: Is Exarcheia an island?

Efstathiou’s A Jagged Line Through Space is a speculative commentary on placemaking. The works probe the complex roles of societal actors and how they are negotiated in public spaces, while, at the same time, revealing the political divisiveness of the subject of Exarcheia. Indeed, the neighborhood elicits a particularly wide range of positions and opinions on what it represents today. The “Razzle Dazzle” series explores the perimeters and the thoroughfares of this neighborhood. Mapped by six different constituents of Exarcheia and intervened on by the artist, these pseudo-cartographic images reveal how the boundaries of the district are imagined differently based on everyday activities, collective spaces, and personal recollections. Set of twelve paintings as well as the series titled A Jagged Line Through Space 1-10, composed of a group of etchings, capture the perpetual dynamism—and the changing connotations—of the neighborhood without direct representations. Through a variety of techniques, Efstathiou purposefully abandons denotational references and questions the space of collective action steeped in individual memories and positions.

More information about the event here.