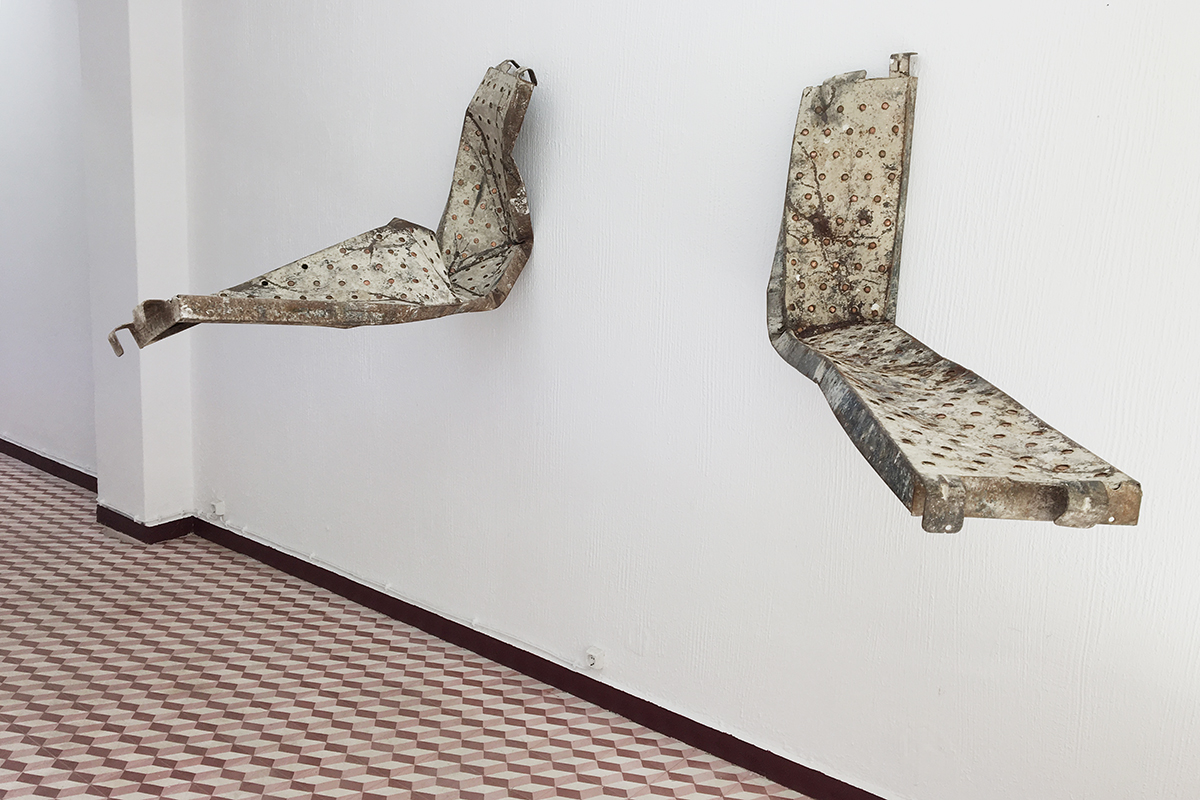 At Solar das Pontes de Marchil, the Algarve summer audience will have the opportunity to see an unusual exhibition from 14 July to 15 September.

Challenged to occupy the space of the Manor, Pedro Cabrita Reis, in a generous gesture that caracterizes him, brought many of his friends and even told them to bring others. The gathering of all these people, even as an unpretentious summer project, promises us a balance between artistic creations and their surroundings, and can reserve us many surprises.

The place is, first of all, a displacement in time because of its architecture : an historically rural place and its following disaffection. The artists in it are, among well-known names and lesser-known names, a rare multitude of individual voices.

They present themselves and cross each other, continuing old or recent encounters, in a practice of permanent dialogue (with some  moments of solitude but also of confrontation). In no case do they intend to draw conclusions; each voice (each author) must remain irreducible in its own territory – only then can it be productive for itself, for other artists and for the public. The artists who inhabit the interior labyrinths and open spaces of this old farm  come from diverse times, from scattered places and with their own equally disparate wills.

Associação 289 is a non-profit organization whose purpose is to contribute to the promotion and dissemination of Visual Arts and other artistic manifestations in the context of the Algarve region where it is installed, but also, whenever possible, throughout the Country and abroad, as well as defending the interests of its associates and artists. For the pursuit of its aims the Association proposes to organize exhibitions; publicize and promote the work of its members and other artists; hold workshops, conferences and debates on subjects related to Visual Arts and other artistic manifestations, as well as culture in general; promote initiatives of a cultural nature, with the purpose of sensitizing public opinion to Art; disseminating artists and art by various means and establishing and maintaining protocols and partnerships with associations and other cultural organizations, national or international.